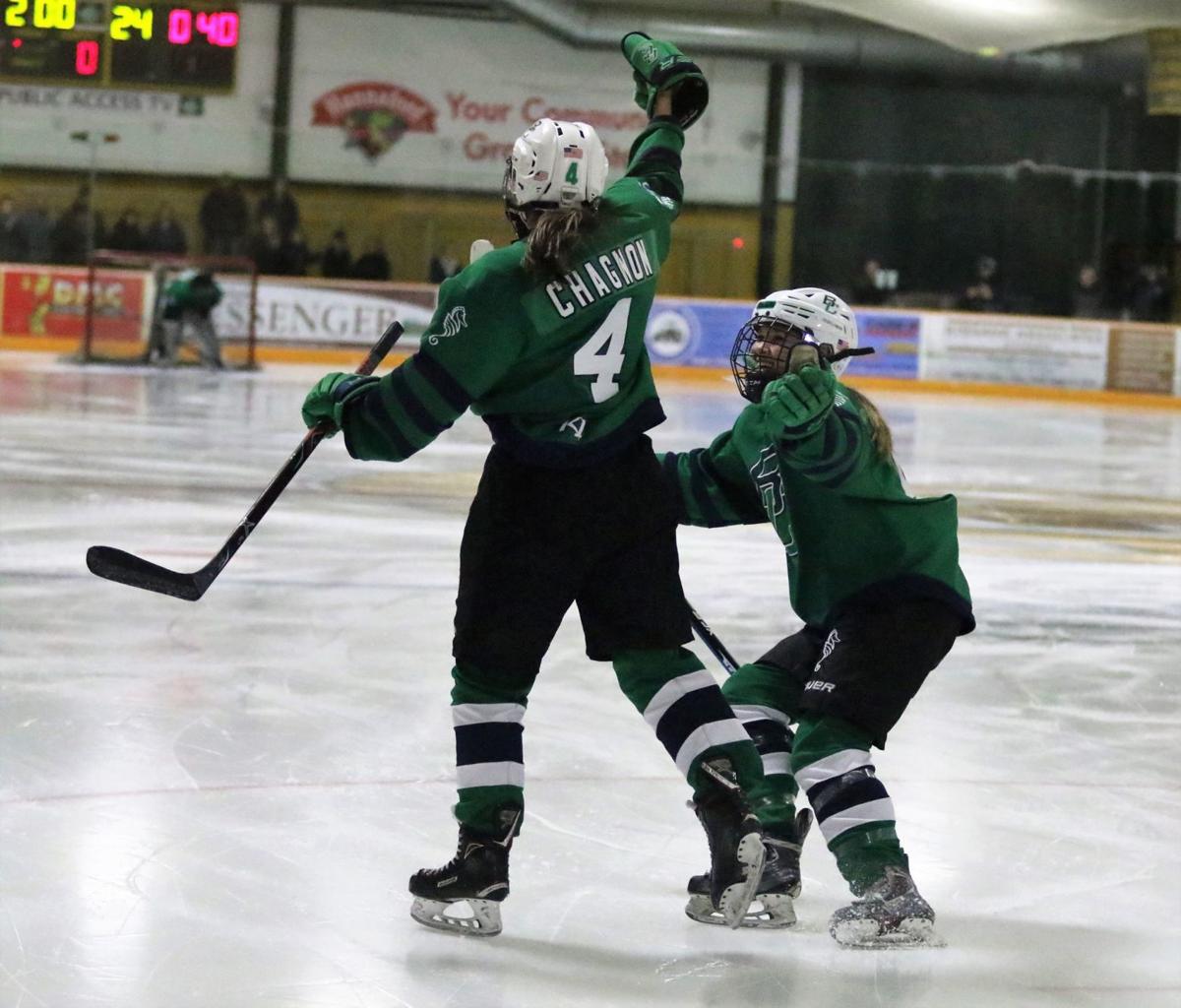 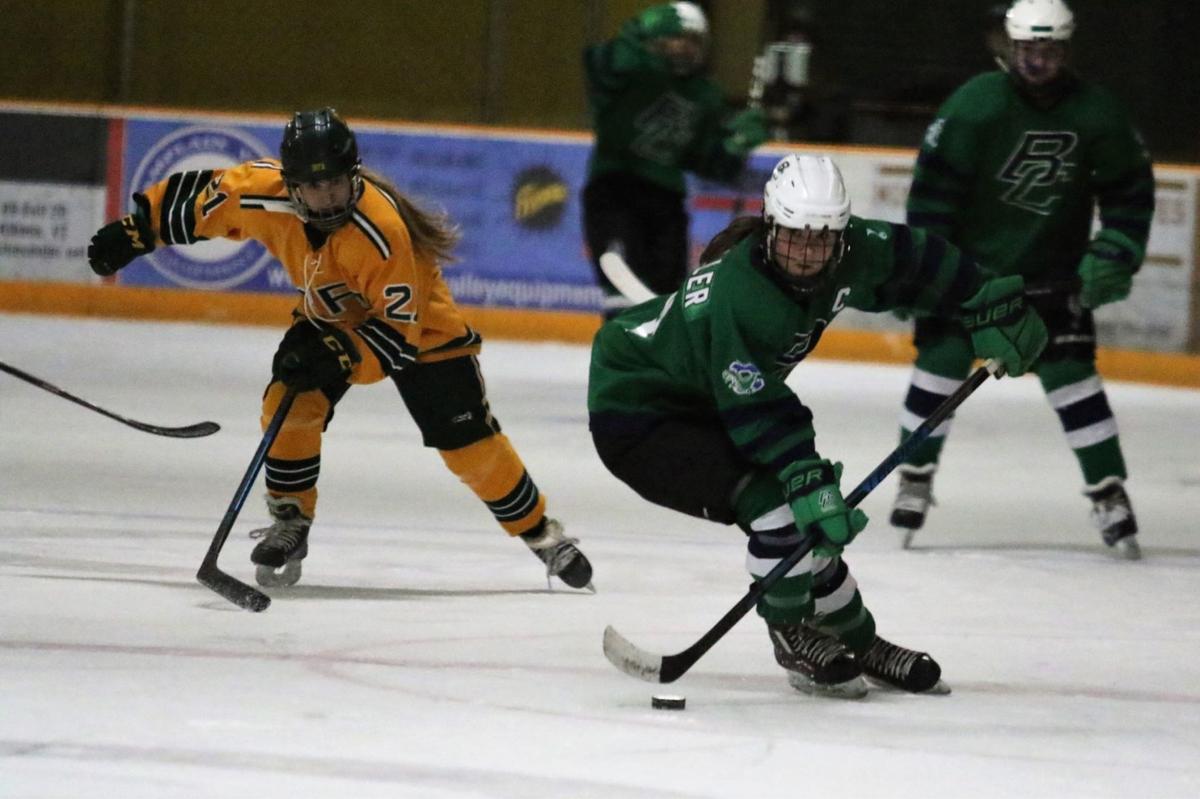 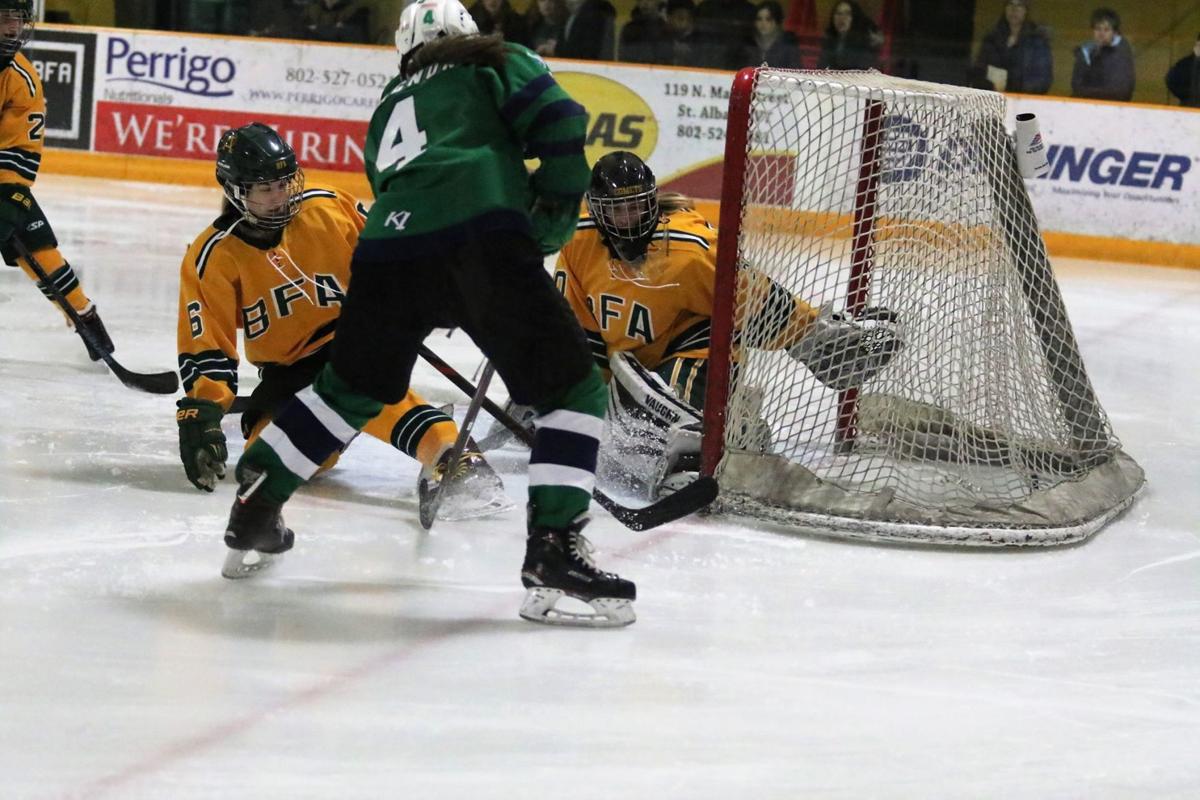 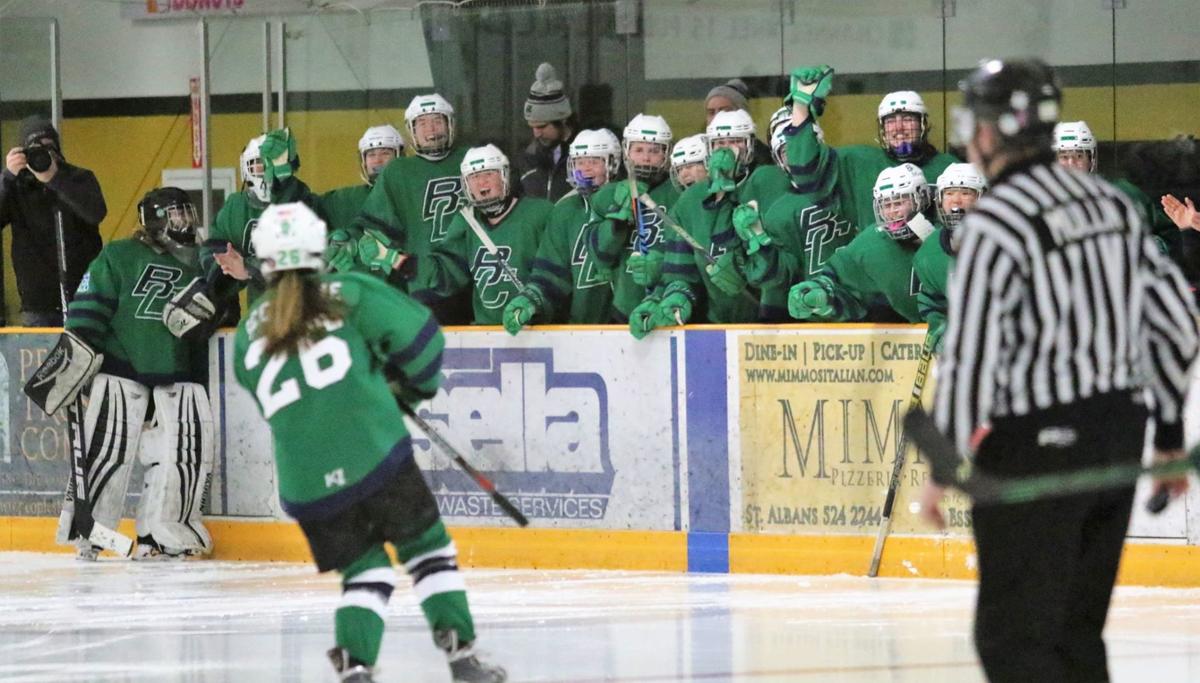 ST. ALBANS — Saturday's game between the Comets and the SeaLakers set two top DI against each other, both looking for a big win heading down the stretch of the regular season.

In a back and forth game that saw the SeaLakers take the lead twice, a late goal by the Comets with the goalie pulled helped them salvage a 3-3 tie in a game that had the feel of a playoff game.

“We haven’t had our backs against the wall like that a lot this year,” said BFA coach Luke Cioffi. “We knew it was going to be close; it was nice to see the girls battle back and not give up, that's a good sign heading toward playoffs.”

With just over a minute to go in the third and the SeaLakers up 3-2, the Comets pulled their goalie for an extra skater and a faceoff in the offensive zone.

Comet Kami O’Brien, broke the tie, netting her second goal of the game with under two minutes on the clock,

Both teams had chances to earn the win in overtime, but the goalies were up for the challenge and kept things tied up.

The game began with a SeaLakers player being taken off the ice on a stretcher after a collision.

After a 30 minute break in the game, the teams played the final 2:27 of the first period as part of an extended period into the second.

“Obviously losing one of your leading scorers, your captains, and a leader on the ice and on the bench is definitely tough,” he said. “I was willing to forfeit the game if need be if the girls didn’t feel they could come back out after that, but they told me let’s get out there. They dug deep the entire game, which was impressive on their part.”

BFA got things started midway through the first period when BCHS was called for two penalties at the same time.

While up on a 5-on-3 for two minutes, Sophie Zemianek slipped the puck across the blue line to Chloe Rouleau who sent a wrist shot that went off BCHS goalie Courtney Rocheleau’s blocker and in for the early 1-0 lead.

After the injury timeout, the SeaLakers started the final two-plus minutes of the first period up on a 4-on-3 powerplay. Lane Sky sent a shot in on BFA goalie Macie Boissonneault, who made the save, but Madison Chagnon picked up the rebound and skated around the net for the wraparound to tie the game 1-1.

Chagnon put her team up by a goal just under six minutes into the second. Olivia Maher beat a BFA player to the puck behind the Comets’ net and threw a quick pass to the slot where Chagnon was wide-open for a one-timer to make it a 2-1 game.

It was almost a 3-1 game quickly after that with Chagnon looking for the natural hat trick when she got on a mini-breakaway, but Boissonneault made a nice sprawling save to keep it a one-goal game. Boissonneault (35 saves) had to come up big a couple of other times through the rest of the second period when she stopped BCHS’ Brynn Coughlin who had an open look and she also shut down a 2-on-1 opportunity for the SeaLakers.

After both teams played back and forth through the first half of the third period, the SeaLakers found a way to get the lead again when Chagnon put a shot on net that was saved, but Maher picked up the loose puck and scored for the 3-2 lead.

The Comets, needing a goal, called a timeout with a faceoff coming in the offensive zone and pulled the goalie, which led to O’Brien’s tying goal.

“We just need to get pucks to the net,” said Cioffi. “Earlier we weren’t shooting at times when we could have, and we used the defense when we were 6-on-5 to open things up and get the players down low a little more free. It’s not always pretty, but we got it done, and they count either way.”

BCHS started the overtime period on the powerplay for the first minute-plus, but a solid penalty kill for the Comets shut down any chances it had.

It was another big game for the SeaLakers, who continue to show they are one of the top programs in the state and are putting themselves in the mix of things going forward.

The SeaLakers now sit with a 15-1-1 record and have beaten Essex twice and tied BFA on the road.

“The nine seniors I have were our nine freshmen when we started this journey,” said Rozzi. “These girls are unbelievable. They have battled through adversity, and have proven they are one of the top teams in the state.”