You are the owner of this article.
Edit Article Add New Article
Home
News
Sports
Obituaries
Editorial
Marketplace
Business Directory
Things to Do
About Us
NEWSLETTERS
Share This
1 of 5 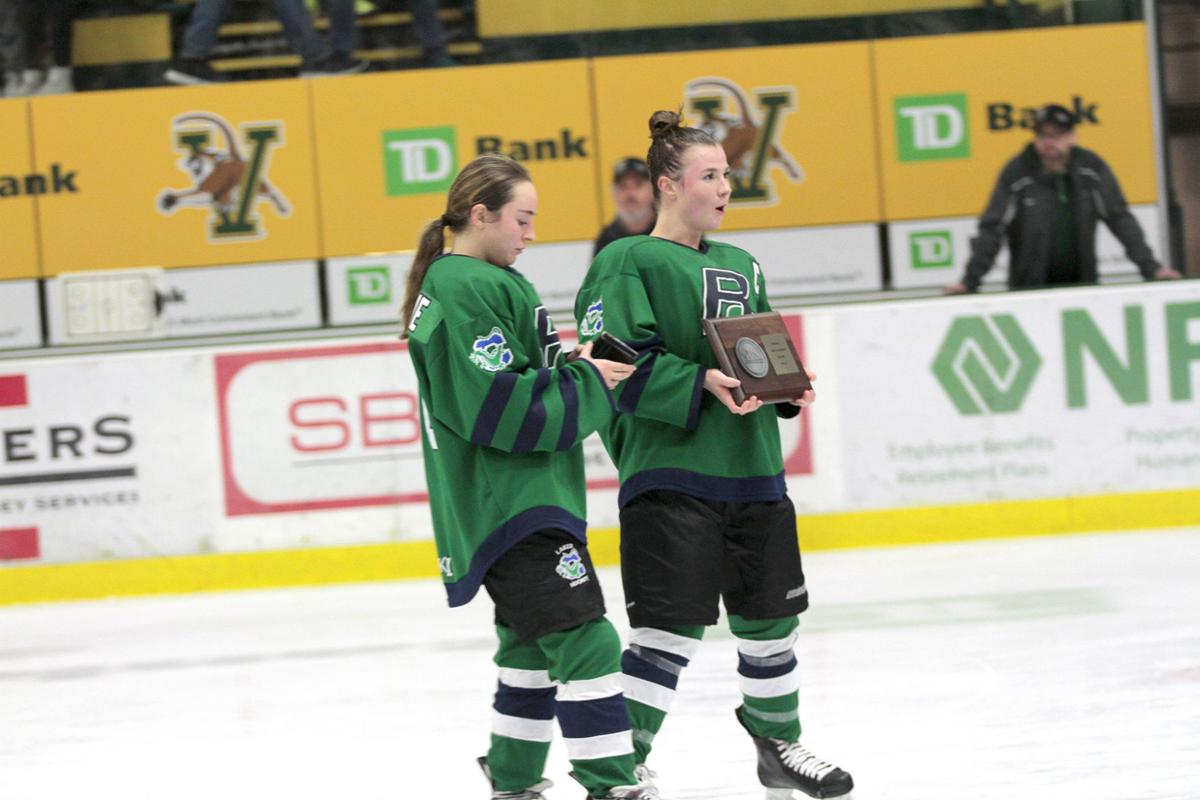 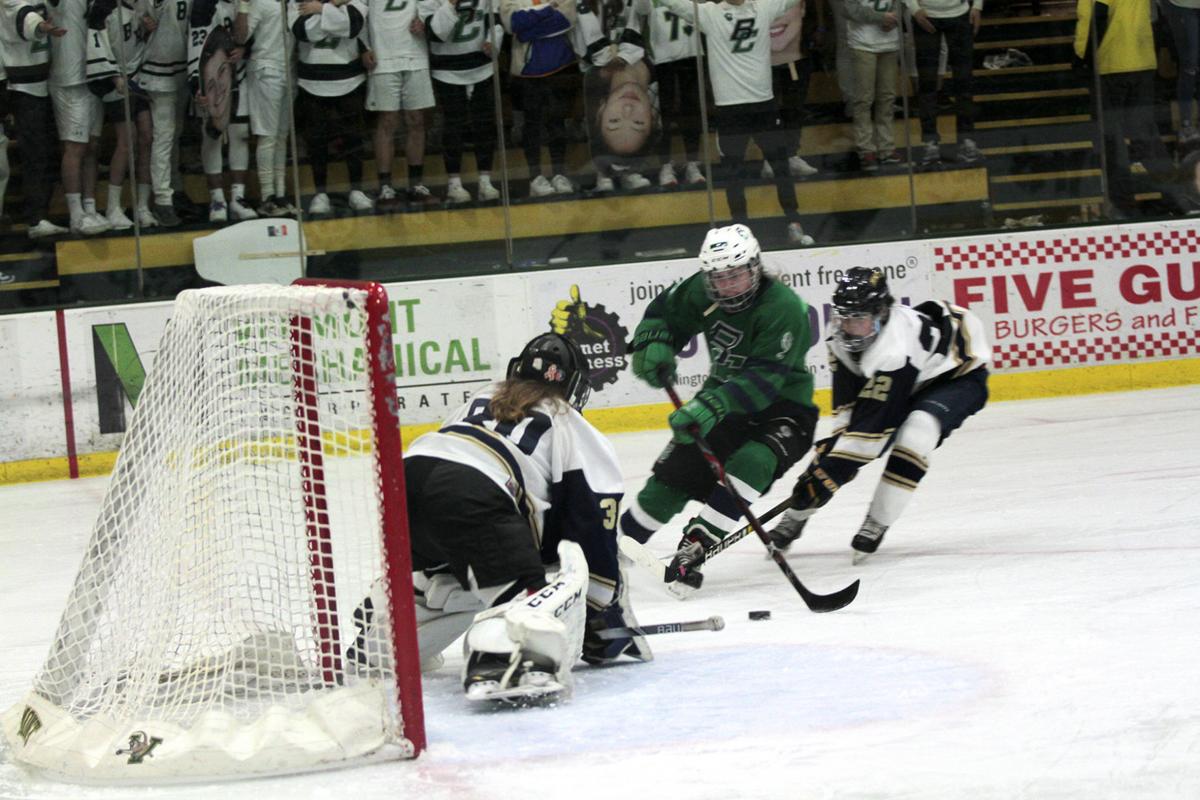 BCHS senior Madison Chagnon (#4) cuts the puck back before scoring the SeaLakers' first goal of the game. 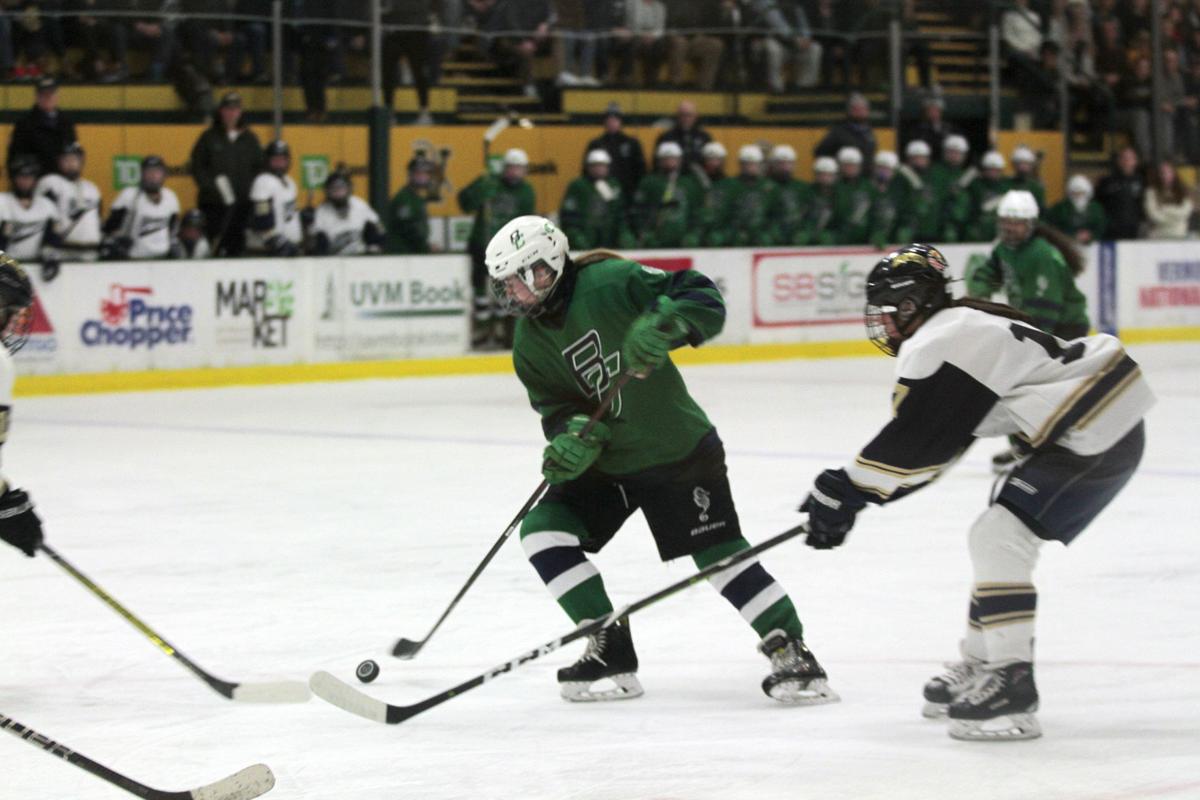 A BCHS player brings the puck towards the net. 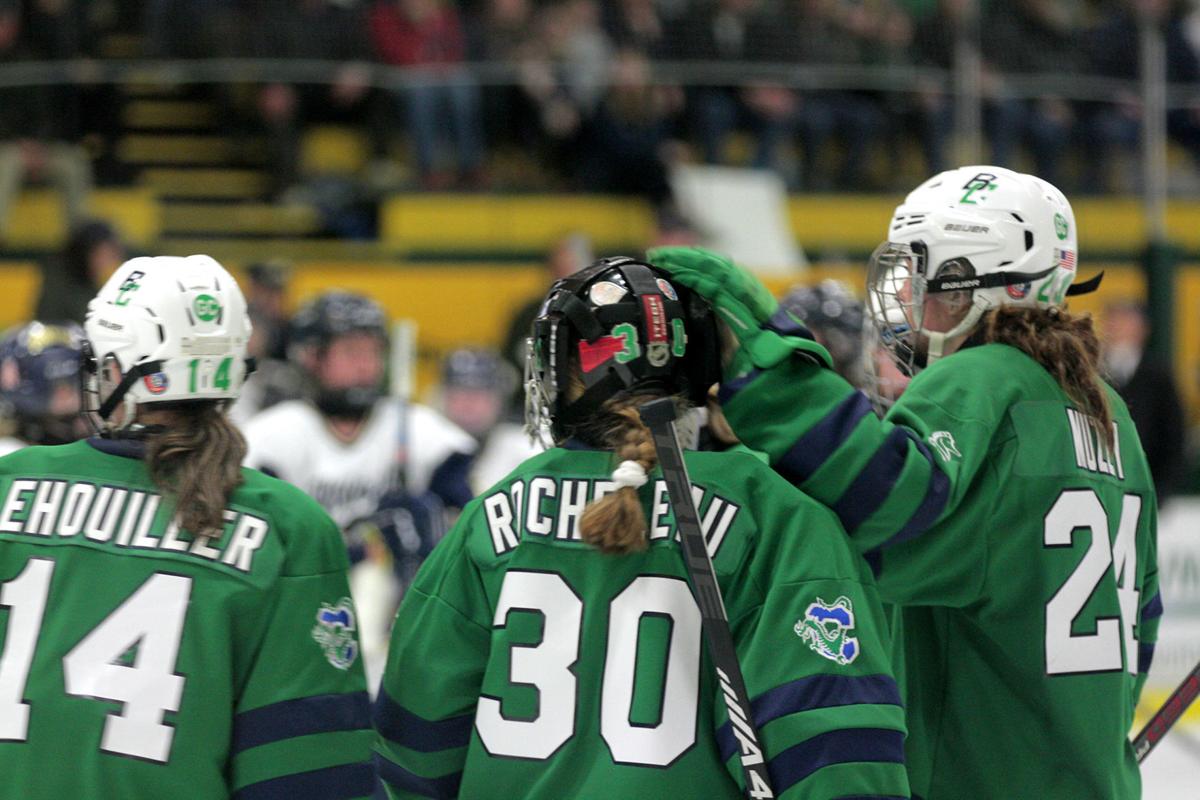 BCHS players huddle around their goalie after she's pushed into the net. 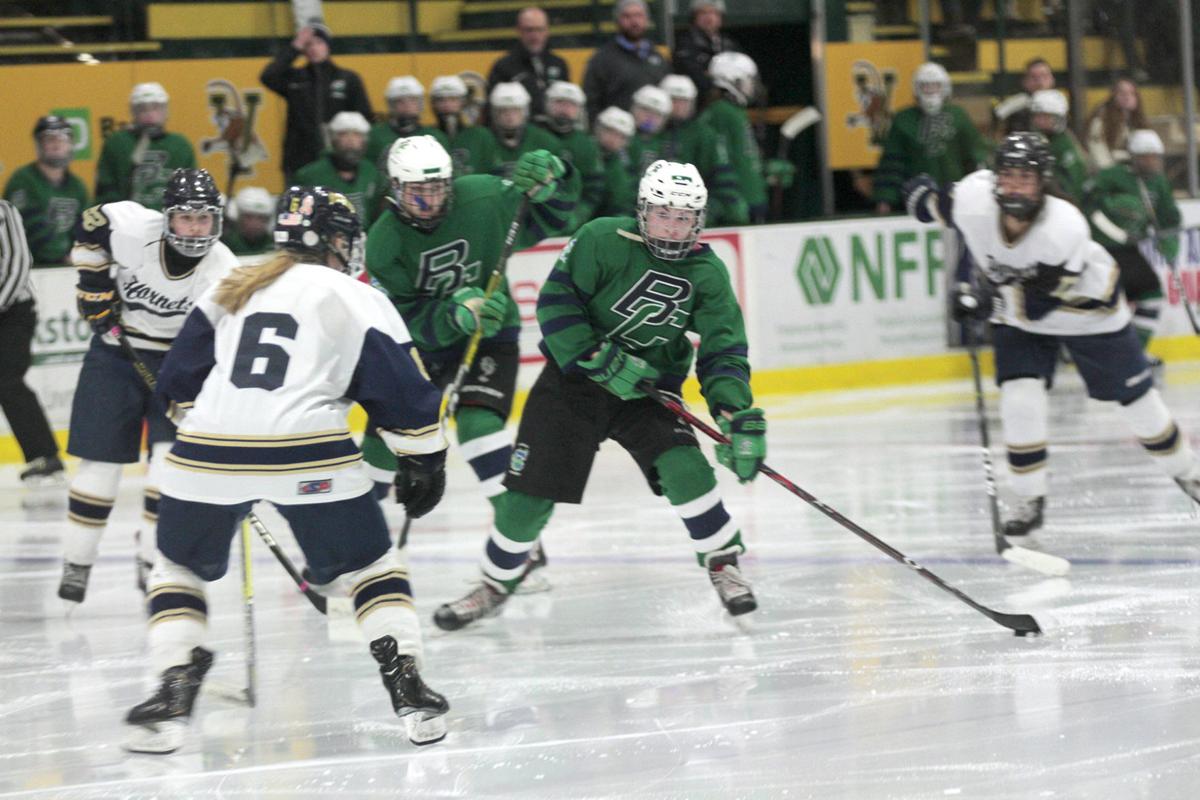 A SeaLaker looks to shoot the puck.

BCHS senior Madison Chagnon (#4) cuts the puck back before scoring the SeaLakers' first goal of the game.

A BCHS player brings the puck towards the net.

BCHS players huddle around their goalie after she's pushed into the net.

A SeaLaker looks to shoot the puck.

A tremendous effort at being the top girls’ ice hockey team in Vermont fell just short for the Burlington/Colchester High School (BCHS) SeaLakers.

The top seed in the D1 tournament went into Monday’s championship bout against No. 3 Essex High School (EHS) having only lost one game all year--and having defeated the Hornets by 2-1 and 4-1 margins during the regular season.

However, the defending champions stepped up when it mattered most and downed the SeaLakers 4-2 in the title game played at UVM’s Gutterson Fieldhouse.

Colchester had won the D2 championship in 2005 (defeating Burlington 3-2) and 2006, but this year saw the combined team go further than it ever had since being formed for the 2014-15 season. BCHS made the D1 quarterfinals in both 2017 and 2018 before losing to Essex in the semifinals last year. The SeaLakers finish the 2019-20 campaign with an overall record of 18-2-1.

“It just wasn’t our night,” BCHS head coach Jamie Rozzi said. “I think there’s a lot of things we could have done differently, obviously, but tonight the puck bounced their way. It was a great game, but I think tonight, they were the better team.

“My seniors are all special,” Rozzi continued. “I’ve had them since they were freshmen. They came all the way through, and they’re a really great group. They have no drama, pull for each other, and they’re a great bunch of kids. I think they’ve shown [the underclassmen] the right path, so to speak, and the right way to do things--to work hard, and that two schools can work as one to make things come together.”

There was no shortage of action off the opening puck drop as the game lived up to its championship hype. Just a few quick minutes into the game, EHS senior Grace Wiggett fought through the BCHS defense and got a good look at the net, but her shot went sailing wide. She would get the Hornets on the board not long after that, however, after going on the power play with 11:43 left in the first.

Just seven seconds into the man advantage, a battle in front of the net saw sophomore Niela Maddalena get to the loose puck and flick it home for the early 1-0 advantage--freshman Celia Weigand and junior Abby Robbins being credited with assists.

Essex would take to its second power play minutes later, but it would be the SeaLakers who turned it into a goal. Senior Madison Chagnon, capping a tremendous season and career, gained possession in the Burlington/Colchester end of the ice and took it the distance--fending off a tough defensive bump on the right side before getting to the top of the crease, bringing the puck back to the front of her stick, and slotting it in the near side for a shorthanded tally.

EHS would regain the lead before the end of the period on a stellar shot from Wiegand. She took a pass from junior Abby Robbins, carried it into the attacking zone unabated, and ripped a wrister into the top-left corner of the cage with 2:44 left in the frame.

The Hornets had a good handful of chances once play resumed, but BCHS senior goalie Courtney Rocheleau came up with some big saves to keep it a 2-1 game--including a high attempt that required her to turn it away with her blocker. Essex persisted, doubling up the SeaLakers in shots on net through most of the night, and got another to go before the second intermission. A bouncing puck in front of the net was met by Wiegand who batted it home for her second of the night.

Robbins extended the Hornet lead to 4-1 early in the third as she made a great deke around her defender on the right side of the ice before flicking it past Rocheleau. With time waning, Burlington/Colchester fans started to make their way towards the exits. However, Meghan Lehouiller gave them a reason to stick around a little longer.

She received a pass at the top of the right-side circle, carried the puck to the goal line, and started to go at the net. The senior captain dangled while nearing the cage before flicking a high shot into the short side to make it a 4-2 difference with 4:59 to go.

SeaLaker fans got another sense of optimism a minute later when Essex was called for a penalty. The Hornets were able to kill it off, however, and celebrated soon-after killing off the rest of the clock.

“I’d like to thank my team for just being a great bunch of young ladies,” Rozzi added.