You are the owner of this article.
Edit Article Add New Article
You have permission to edit this article.
Edit
Home
News
Elections_2020
Sports
Obituaries
Editorial
Marketplace
Business Directory
Things to Do
About Us
NEWSLETTERS
Share This
1 of 8 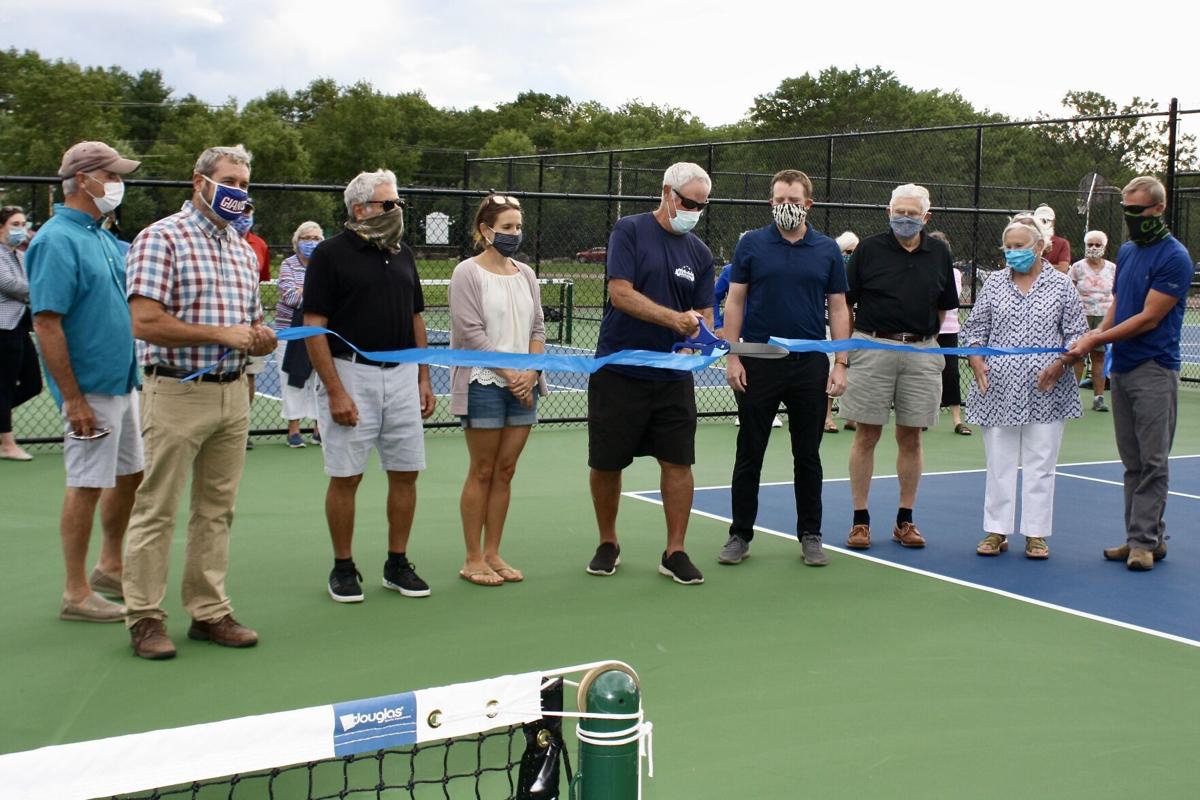 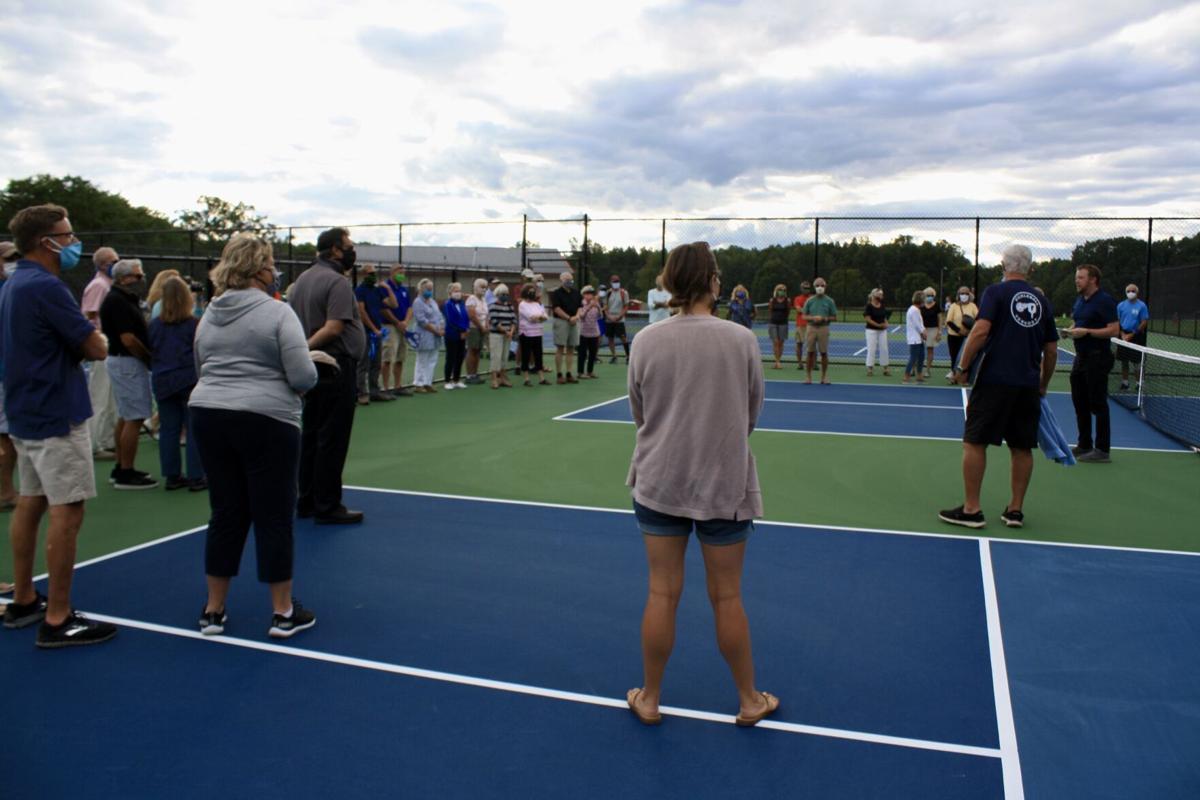 A crowd of about 50 people gathered Tuesday for the grand opening of the four new pickleball courts in Airport Park. 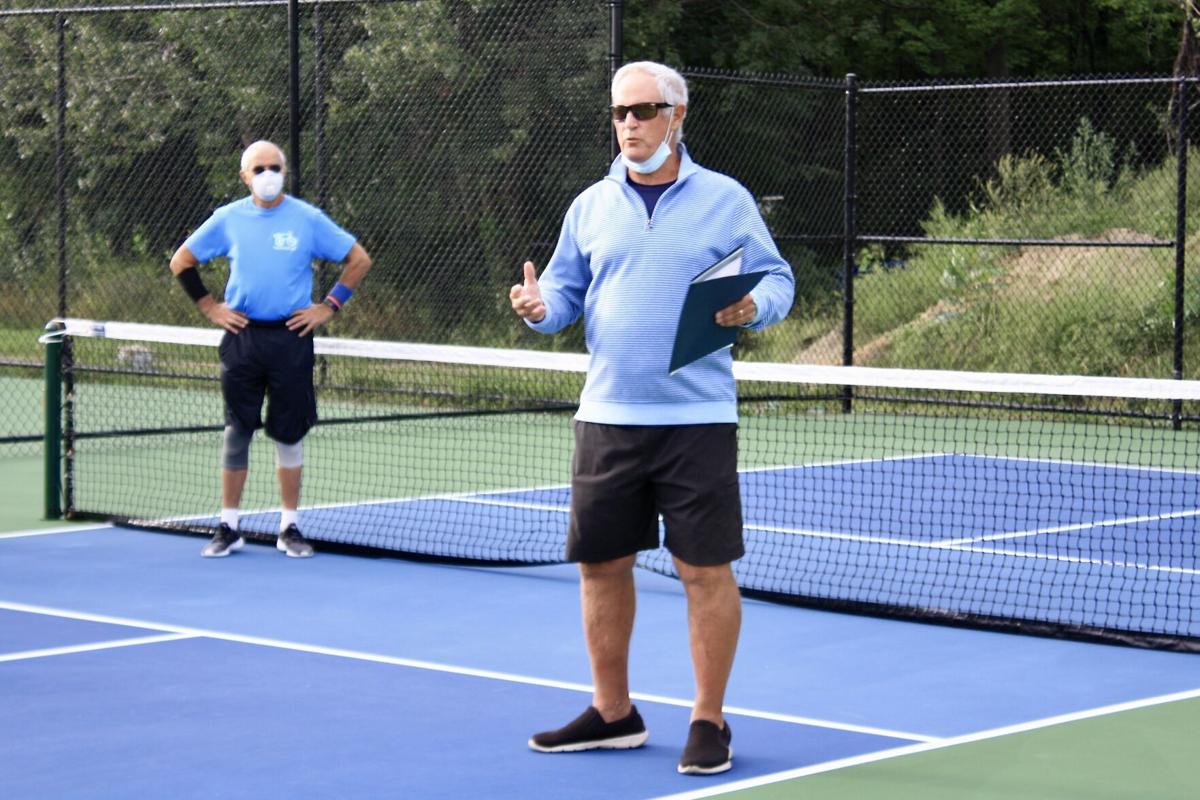 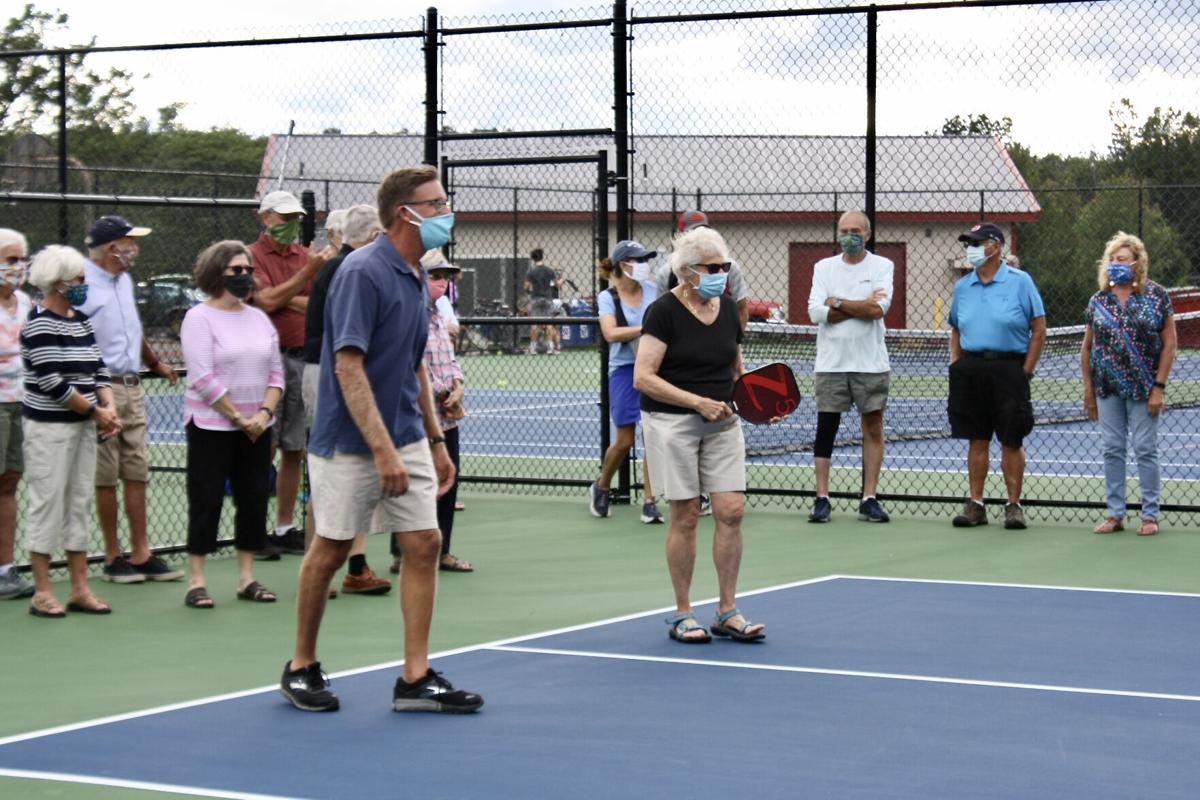 Members of Funatics, a 50-and-over pickleball group, break in the new courts at Airport Park Aug. 25. 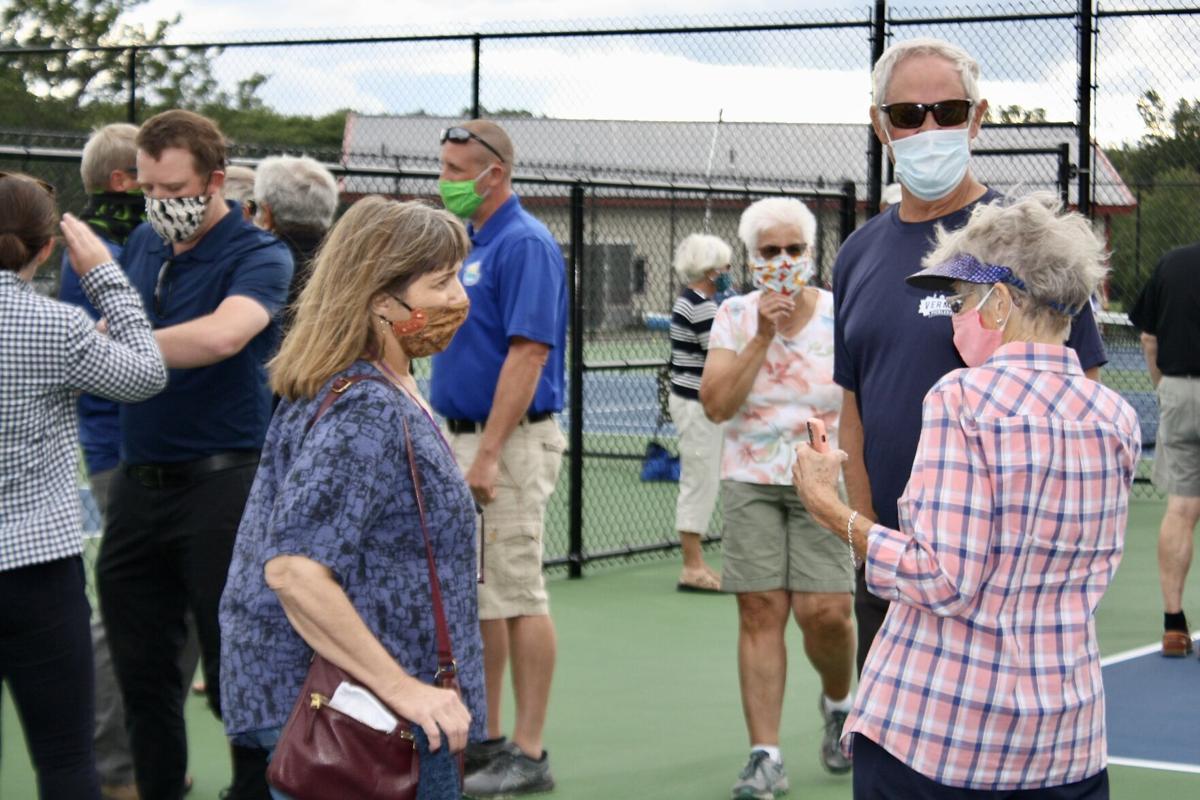 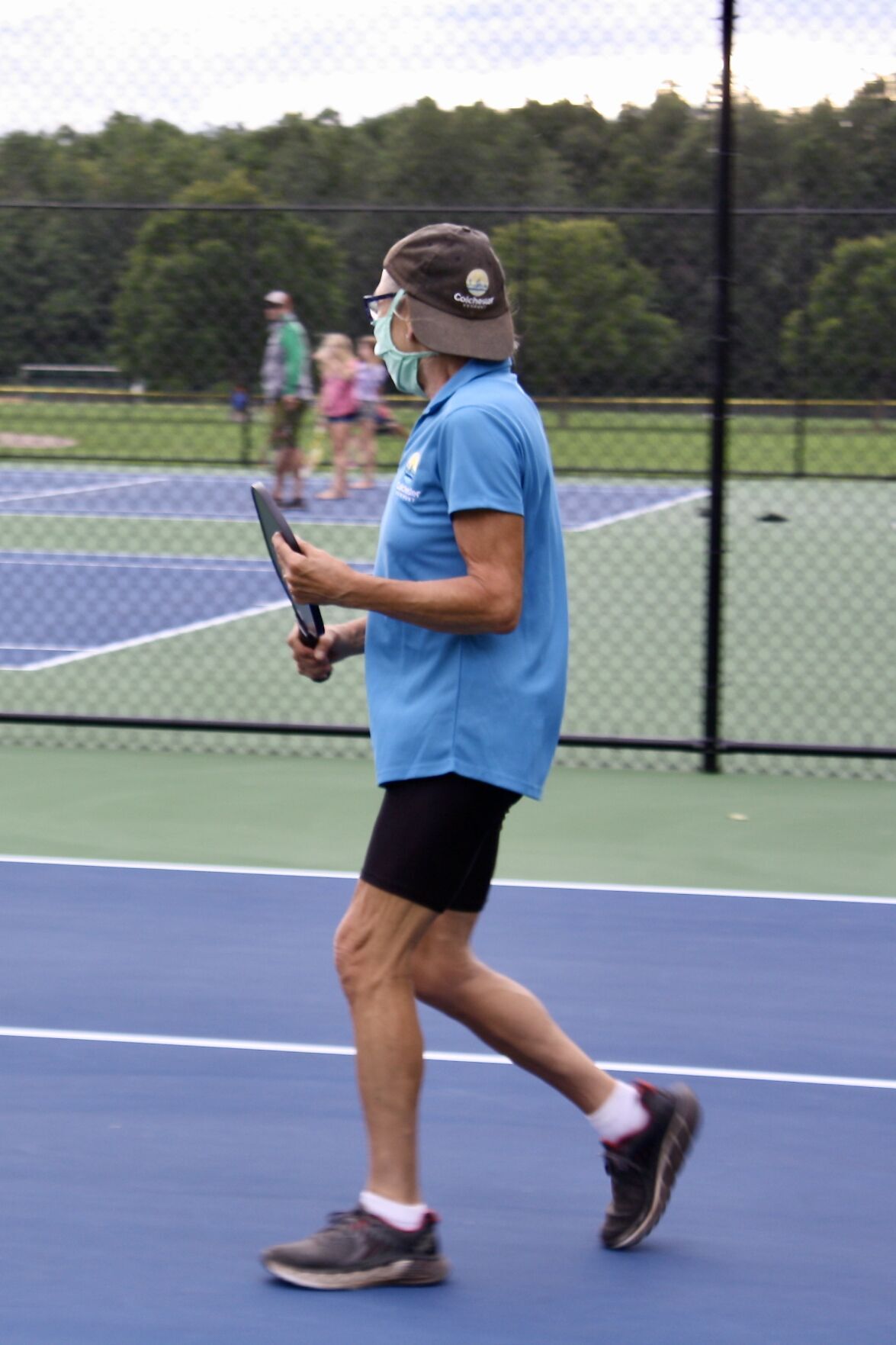 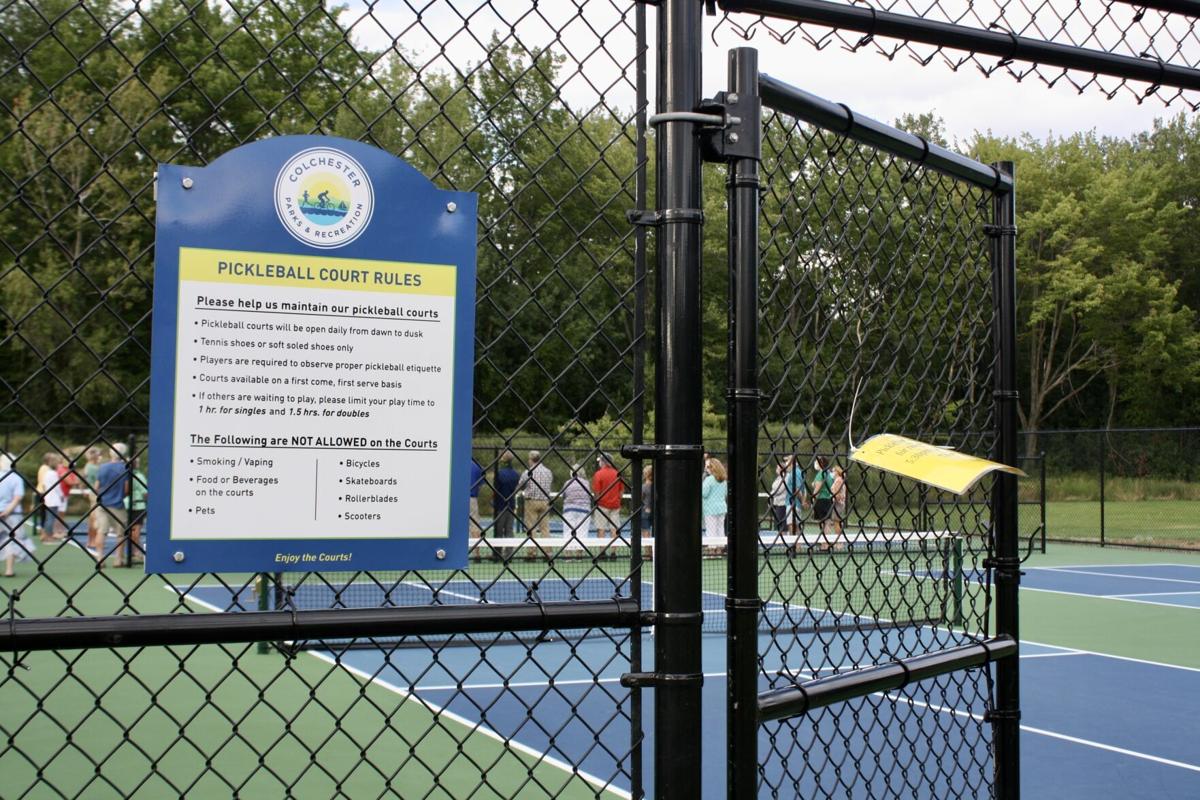 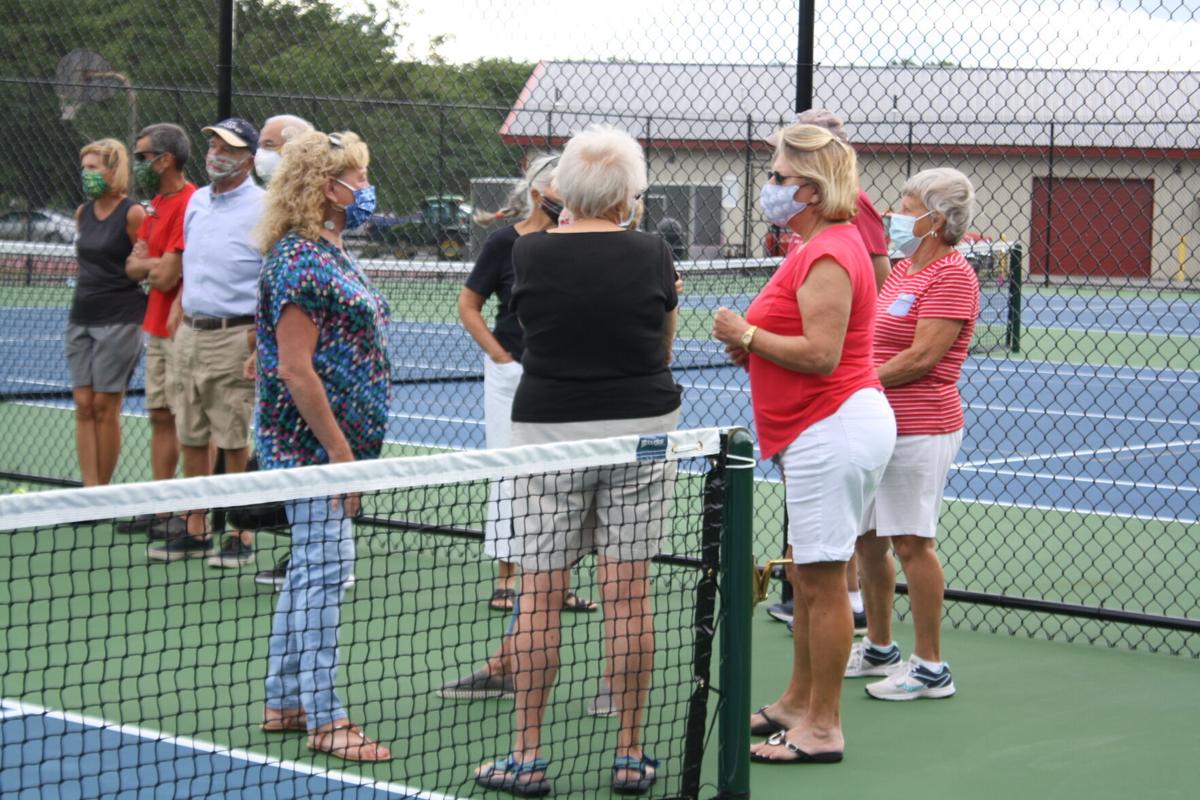 A crowd of about 50 people gathered Tuesday for the grand opening of the four new pickleball courts in Airport Park.

Members of Funatics, a 50-and-over pickleball group, break in the new courts at Airport Park Aug. 25.

Though the courts have already been in use by dozens of community members for most of the summer, an official ribbon was cut signaling the completion of the two and a half-year project, Aug. 25.

Certified pickle ball instructor Wayne Davis, founder of Funatics, a local 50-and-over pickleball group, addressed those gathered and shared how the courts came to be.

Though he was unsure about it at the beginning, Davis quickly fell in love with the sport, and so did many others. Pickleball is the fastest growing sport in the country, Davis said, especially among older folks. Created in 1965, the sport is similar to badminton with the net lowered to tennis-level, ping-pong style paddles and wiffle balls.

The growing Funatics group soon began to outgrow the multi-use courts at Bayside and Airport Parks and were looking for a new place to play the game.

Davis went before the selectboard in August 2018 to propose the repaving of existing tennis courts and construction of four new pickleball courts in Airport Park. After the project was approved by both the board and by Town Manager Aaron Frank, funds could begin being raised.

Pickleball players and volunteers organized themselves into several committees and met regularly in order to discuss fundraising, grant writing and other planning aspects.

In total, the group raised about $29,000, including a $10,000 grant from the Tarrant Foundation. The Colchester Parks and Recreation Department supplemented the rest of the project cost through funding from its Park Capital Plan.

Pickleball courts were originally to be included in the planned, but slow-going Hazelett Park, but were instead placed in Airport Park so they could be completed faster.

“Some of us are getting up there and years and couldn’t wait that long,” Davis joked during Tuesday’s ceremony.

Davis bestowed many thanks upon Glen Cuttittia, Parks and Recreation director, for his assistance and interest in the project, and Selectboard Chair Jeff Bartley thanked everyone involved for their dedication.

“In the world of government, two and a half years is a short amount of time to get something done,” he said.

Sixteen people can now play the game at a time on the new courts. Davis said the courts have been especially busy during the pandemic, as older people are looking for ways to stay active but also safe and close to home.

“Pickleball is a great sport for a pandemic,” he said. “You can stay more than six-feet apart, and you’re outside in the fresh air.”