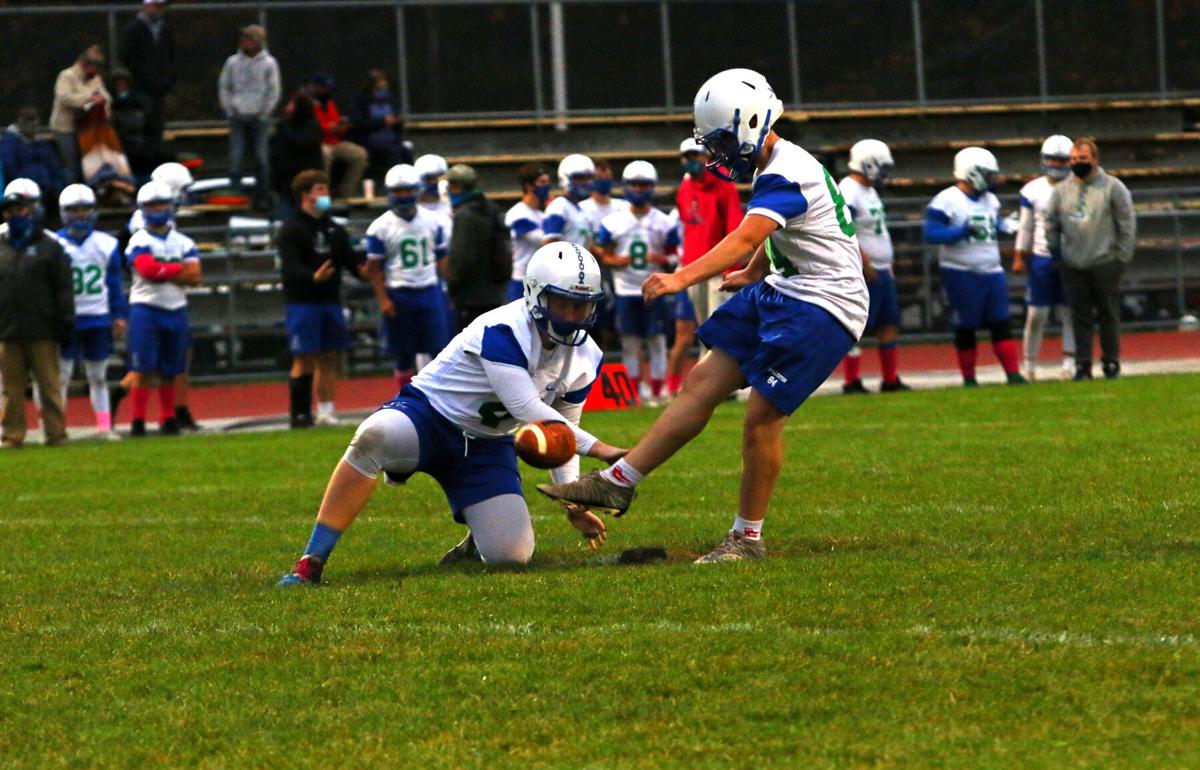 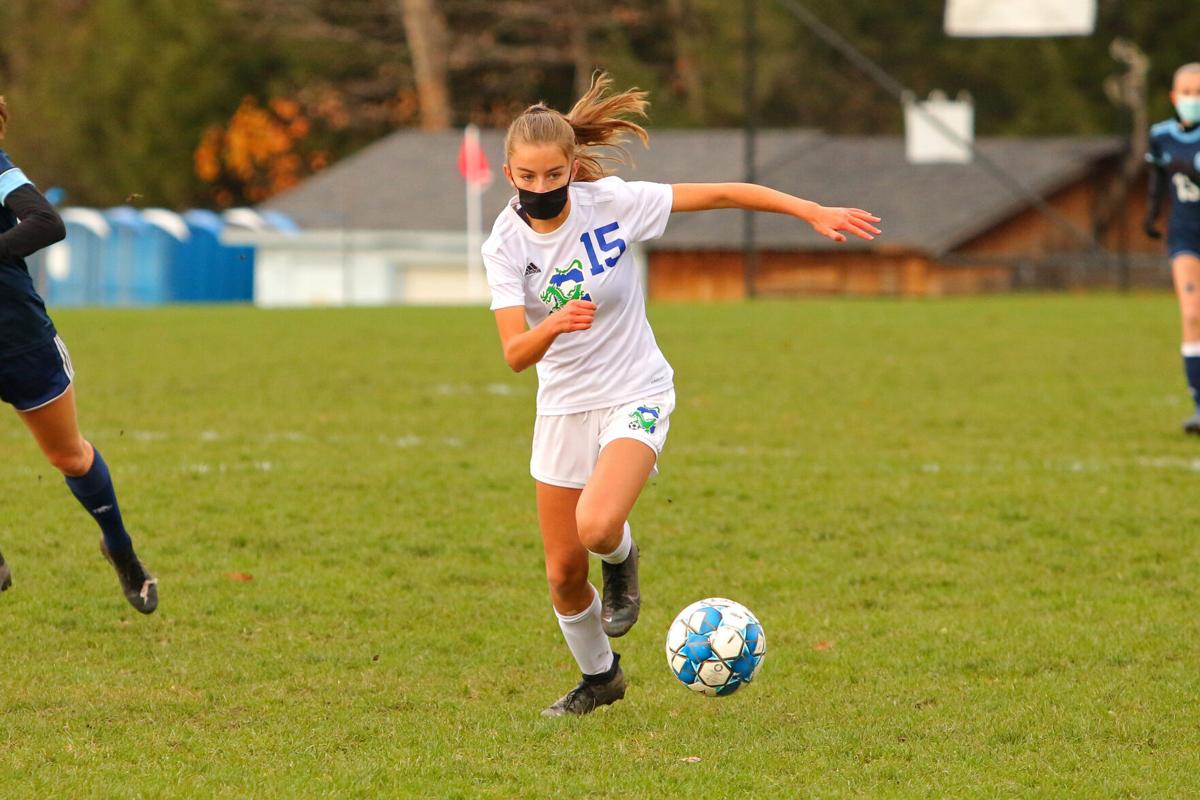 With a regular season record of 5-4, Colchester took the No. 6 seed in the Division 1 tournament. The Lakers are set to host 11th-seeded Mount Mansfield (3-4-1) on Wednesday at 3 p.m. CHS downed the Cougars 2-0 during their regular season meeting Oct. 3.

With a Tuesday win, the Lakers will then take on the winner of 14th-seeded BFA-St. Albans (0-8) at No. 3 Essex (6-1); that quarterfinal showdown would be held 3 p.m. Friday. The semis are tentatively scheduled for Tuesday, Nov. 3 with the championship game to be held Saturday, Nov. 7.

Oct. 28: First Round vs. Mount Mansfield

Colchester scored first and never looked back en route to a 3-1 victory over the Cougars. CHS nearly posted a shutout but saw MMU finally tally a goal in the last 15 minutes.

The Lakers now head to No. 3 Essex on Friday for a 3 p.m. quarterfinal contest. EHS defeated Colchester 2-0 earlier this year.

CHS fell 1-0 in a closely-fought quarterfinal match at Essex Friday. The game was scoreless until midway through the second half when the Hornets got all they would need for the win.

Colchester ends the season with an overall record of 6-5.

A Tuesday win would then send the Lakers to take on second-seeded Burr & Burton Academy, a team that received a first round bye after going 6-1; that quarterfinal is lined up for 3 p.m. Friday. The semis are to be held Nov. 4 with the championship game penciled in for Nov. 7.

Oct. 27: First Round at Mount Mansfield

After erasing a second half deficit to force overtime, Colchester came away with a 2-1 win Tuesday afternoon in the opening round of the Vermont Principals’ Association 2020 Division 1 State Championship tournament.

The 10th-seeded Lakers scored just over eight minutes into the extra period to knock off No. 7 Mount Mansfield and move into the quarterfinals.

Colchester senior captain Brooke Booska scored the game winner after classmate Hailey Desautels tied the match with a score of her own midway through the second half. Junior Maggie Ryan was tagged with both assists. CHS freshman keeper Emily Thompson picked up the win in net for the visitors.

Colchester improves to 4-5-1 overall on the year, ending a five-game winless skid that started with the tie against the Cougars.

The Lakers next head to second-seeded Burr & Burton Academy in Manchester on Friday for a 3 p.m. kickoff. The Bulldogs, who had a first-round bye, sit at 6-1 on the season.

The Lakers keep moving through the postseason as they picked up their second road win of the week over a higher-seeded opponent, taking Friday's match 4-0. CHS improved to 5-5-1 while handing the Bulldogs just their second loss of the year.

Colchester scored in the final minute of the first half and then again about seven minutes into the second frame for some breathing room. The Lakers notched another pair through the remainder of the contest to walk out with the upset. CHS next visits third-seeded South Burlington (7-3) for a semifinal tilt.

The Lakers' stellar run came to an end Wednesday evening, but not without the visitors putting up a fight. Colchester fell 1-0 in a second overtime period to finish the season with an overall record of 5-6-1.

Despite going 3-6 in the regular season, Colchester was given the random, predetermined No. 2 seed in VIFL’s 10-team Burlington area tournament. The Lakers will host a quarterfinal game at 7 p.m. Friday, taking on the winner of Wednesday’s game between No. 10 BFA-Fairfax/Lamoille and seventh-seeded Rice.

The semifinal games will be held when possible between Nov. 2-4 with the championship taking place either Nov. 6 or 7.

CHS defeated the Bullets 21-7 Friday night to move into the semifinals. Colchester led 14-0 at halftime before extending its upper hand with another touchdown in the second half. The Bullets got on the board in the fourth quarter, but it wouldn't be enough as the Lakers closed out the win.

Colchester will next line up against the Burlington/South Burlington squad in the semifinals.

Colchester advanced to the championship round of the Burlington Area championship tournament with a 28-21 victory over the SeaWolves Wednesday night.

CHS scored the first two touchdowns of the contest before the Burlington/South Burlington squad got on the board. Both teams notched another score to bring a 21-14 Laker lead into the break. Colchester notched the first touchdown of the second half to extend its upper hand, only to see the visitors make it a one-score game with 13 minutes left to go.

The Lakers were able to hang on, however, and keep the SeaWolves out of the end zone to wrap up the win.

For the Division 1 state championship tournament, Colchester High took the No. 6 seed with a 3-5 overall record. The Lakers will match up against third-seeded Champlain Valley Union (CVU) on Saturday for a 10 a.m. first round tilt. That game will be played at South Burlington High School.

With a win, the Lakers move on to the semifinals set for Wednesday, Oct. 28. They would take on the victor of Saturday’s game between No. 2 Essex and seventh-seeded Mount Mansfield.

Oct. 24: First Round vs. Champlain Valley Union (at South Burlington)

It was a close contest, but Colchester was on the losing end of it as CVU took the win to advance into the quarterfinals.

The Redhawks notched a goal in the first quarter, and the 1-0 difference stood through halftime. CVU sent another home shortly into the third period while keeping the Lakers off the board the entire way.

CHS finishes the season with an overall record of 3-6.