You have permission to edit this article.
Edit
Home
News
Elections_2020
Sports
Obituaries
Editorial
Marketplace
Business Directory
Things to Do
About Us
NEWSLETTERS
Share This
1 of 2 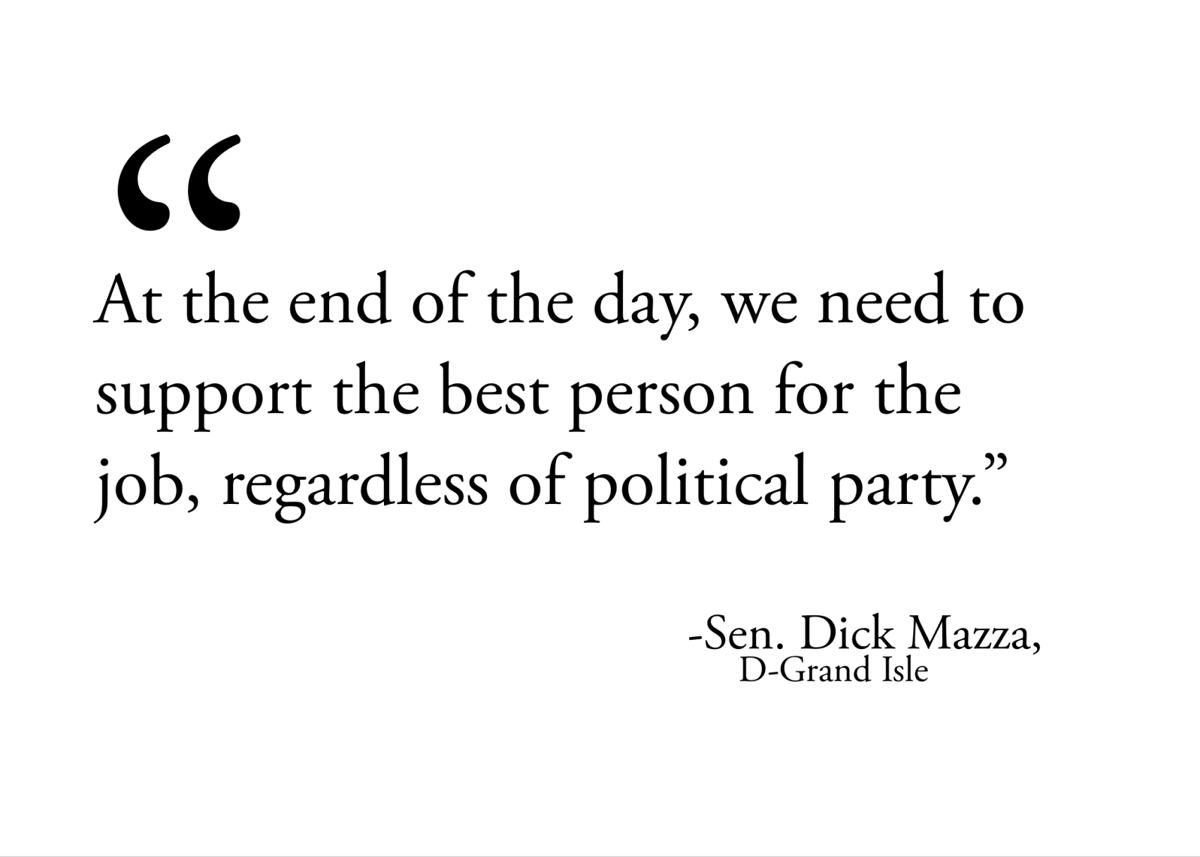 This letter is from Sen. Dick Mazza, D-Grand Isle. He represents Colchester in the Vermont State Senate.

I’ve served as a proud Democrat in the State Senate since 1985. I was brought up a Democrat, my father served in the House of Representatives as one, and in 1962, I worked hard to elect Gov. Phil Hoff, Vermont’s first Democratic governor in over a century.

But at the end of the day, we need to support the best person for the job, regardless of political party. There is no doubt in my mind: Phil Scott is the leader Vermont needs during these tough times.

When Phil was first elected to the Senate in 2000, I could tell right away how much he cared about Vermont. He wasn’t in it for ego or power, he wanted to solve problems. He didn’t care if you were a Democrat or a Republican, he just wanted to find solutions. That was true then and it still is today.

He has all the qualities we deserve in our leaders: character, compassion, integrity and a deep commitment to public service.

There are some difficult times ahead that will require steady, methodical and common sense leadership. That’s what Phil is all about. Look no further than how he’s handled this crisis so far. If every other governor and the leaders in Washington D.C. acted like Phil has, our country would be in a much better place.

So, whether you’re a Democrat like me, a Republican, Independent or a Progressive, I hope you’ll join me by pitching in to help make sure Gov. Scott wins this race.

I’m just as excited to support Gov. Phil Scott today as I was supporting Gov. Phil Hoff almost 60 years ago. I’m proud to stand with Phil. I hope you do too.

The Colchester Sun accepts Letters to the Editor about anything you see published or on other topics of interest to the community. The Sun reserves the right to edit letters for length, grammar and general clarity.

Submit your Letter to the Editor here.