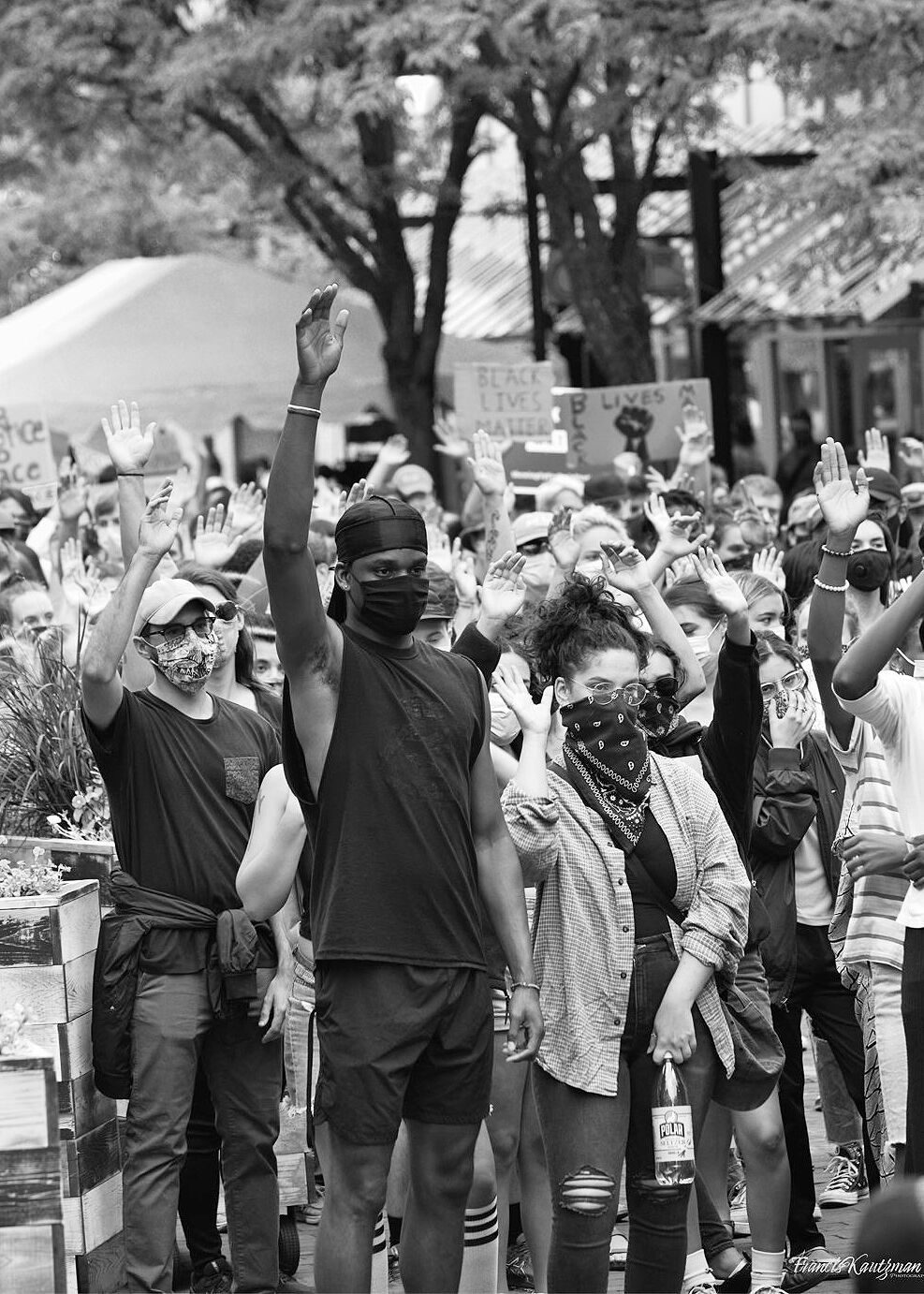 A photo taken by Francis Kautzman in the summer of 2020 during a Black Lives Matter protest taking place on Church Street in Burlington, Vt. The photo was taken for a project with the Young Writers Project. 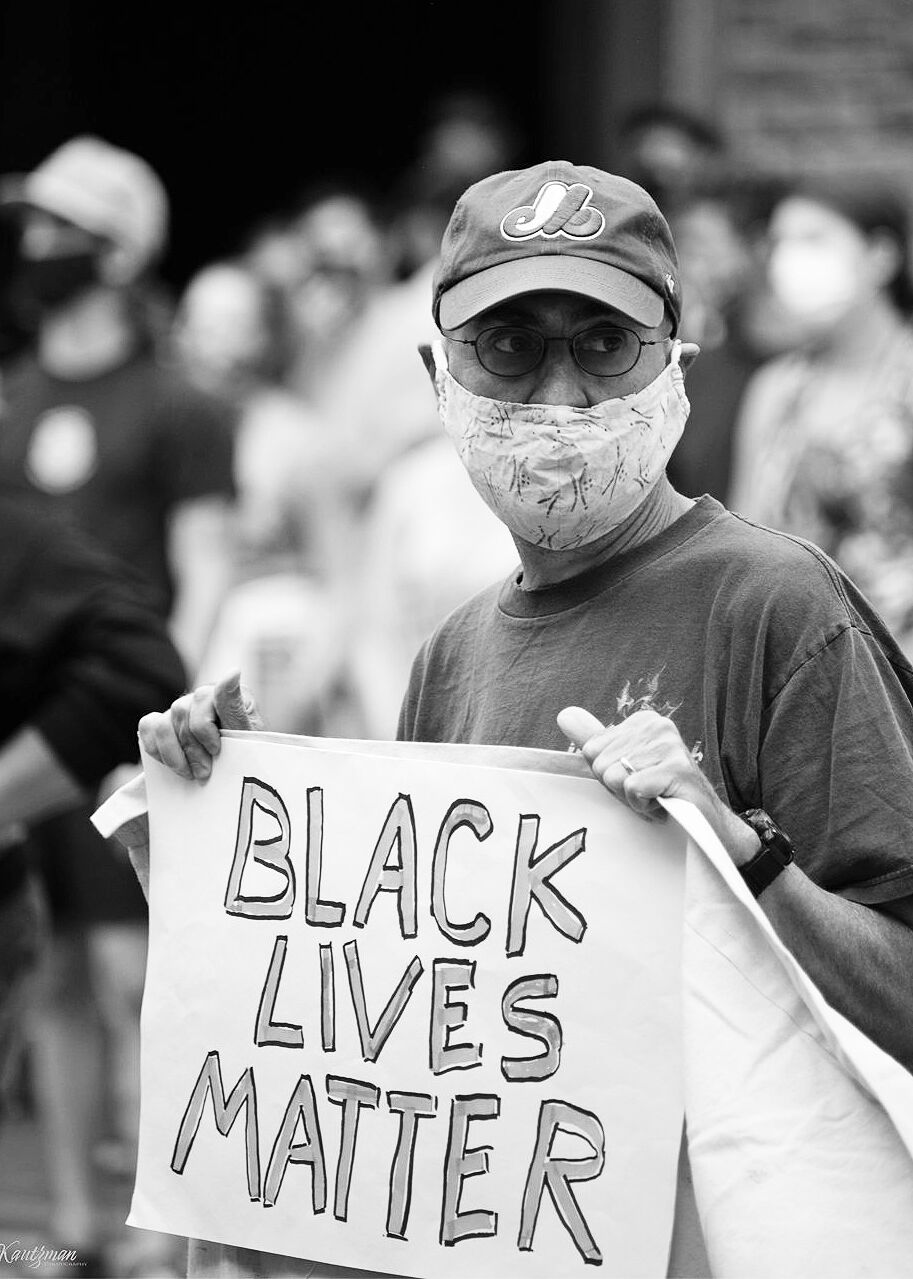 Young Writers Project is an independent nonprofit that engages students to write, helps them improve, and connects them with authentic audiences in newspapers, before live audiences, and online. YWP also publishes an annual anthology and The Voice, a digital magazine with YWP’s best writing, images, and features.

This month, the Young Writer's Project is highlighting the work of students participating in its Community Journalism Project (CJP), a new initiative established to help share the voices of young Vermonters on issues shaping their lives and their future, through writing and photo challenges, journalism skill-building, workshops, and newspaper publication.

As part of CJP, Francis Kautzman, age 15, of Colchester, created this example of photojournalism. He's what he has to say about it:

“This is a series of photographs taken in the summer of 2020 during a Black Lives Matter protest taking place on Church Street in Burlington, Vt. The photos capture the expression and passion of the crowd marching through Burlington. These photos were shot on a digital camera in color and converted to black and white in post-production. In this work, I tried my best to capture close-up portraits of people's expressions as well as their signs. They are showing the people's reactions to the mistreatment of Black Americans across the nation. It made me feel hopeful that so many Vermonters were willing to show up to protest.”