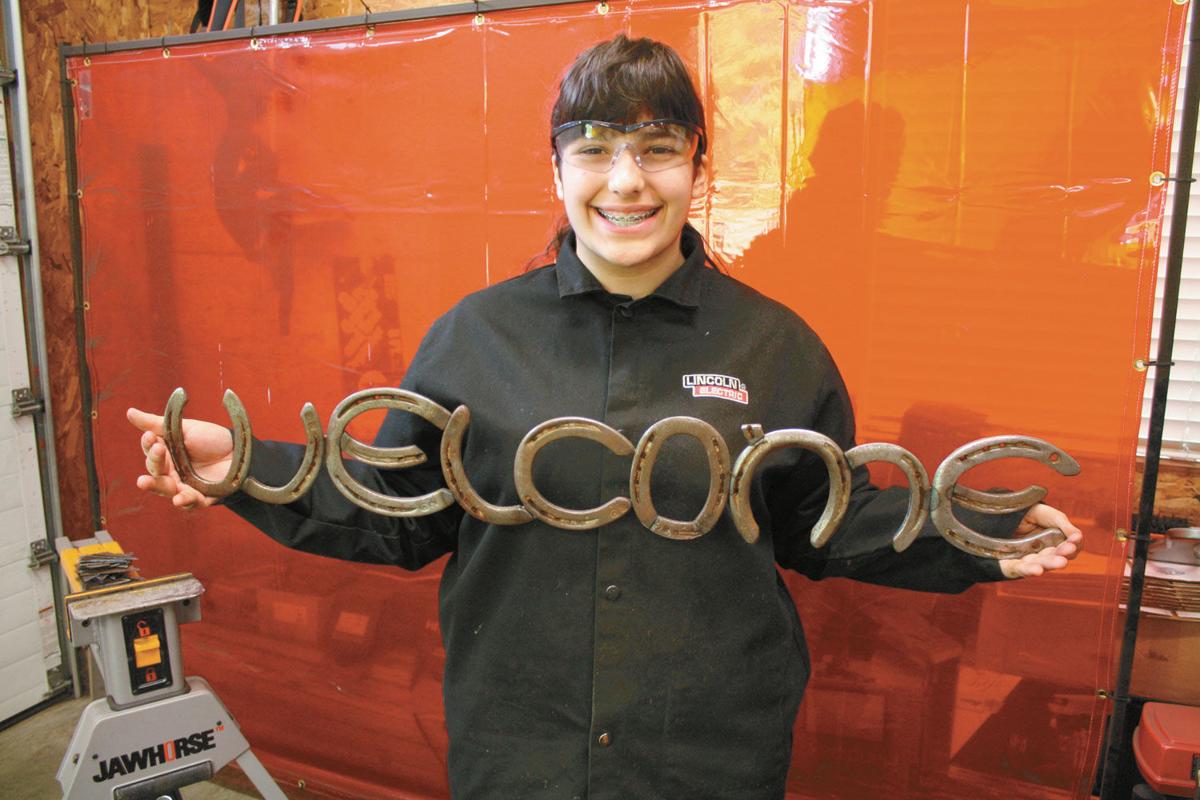 Metal artist Alissa Kenwood works in her shop in Colchester, on a sign welded from horseshoes. 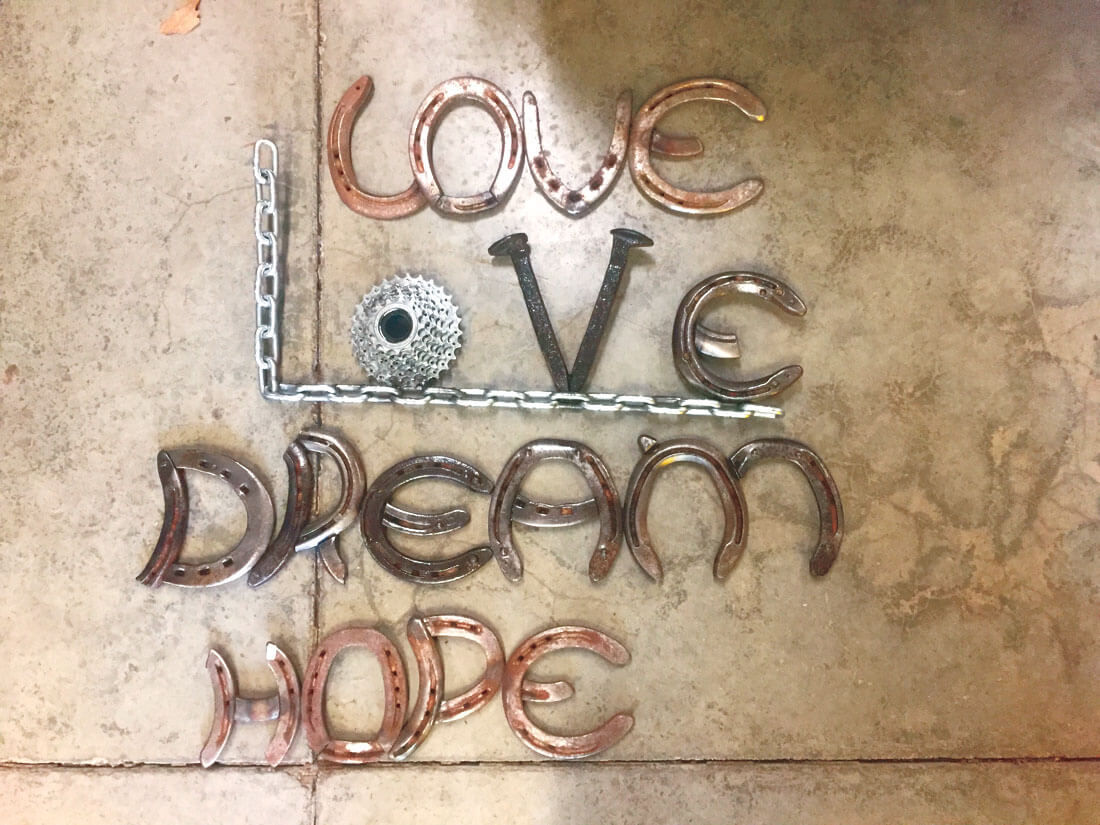 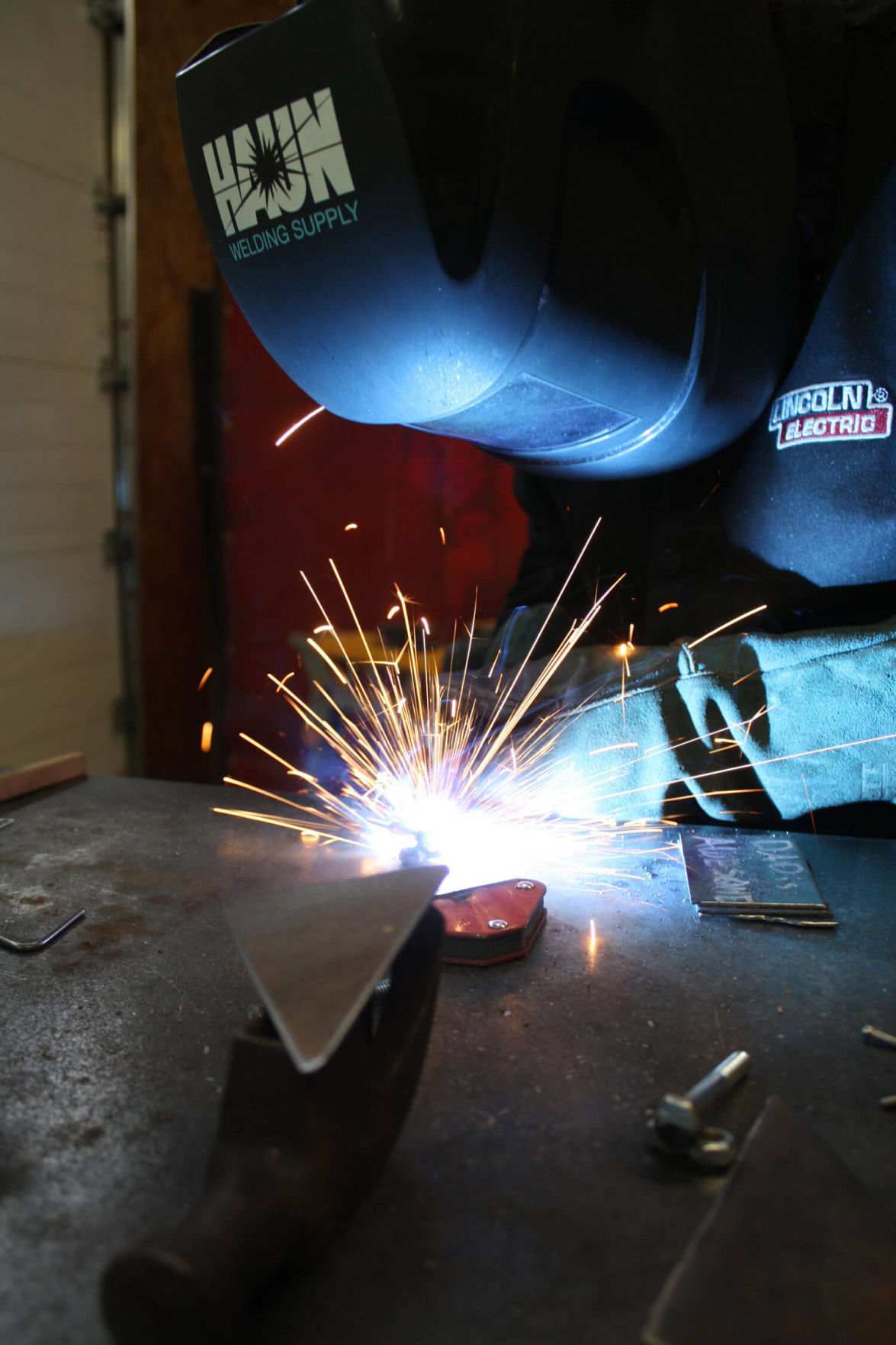 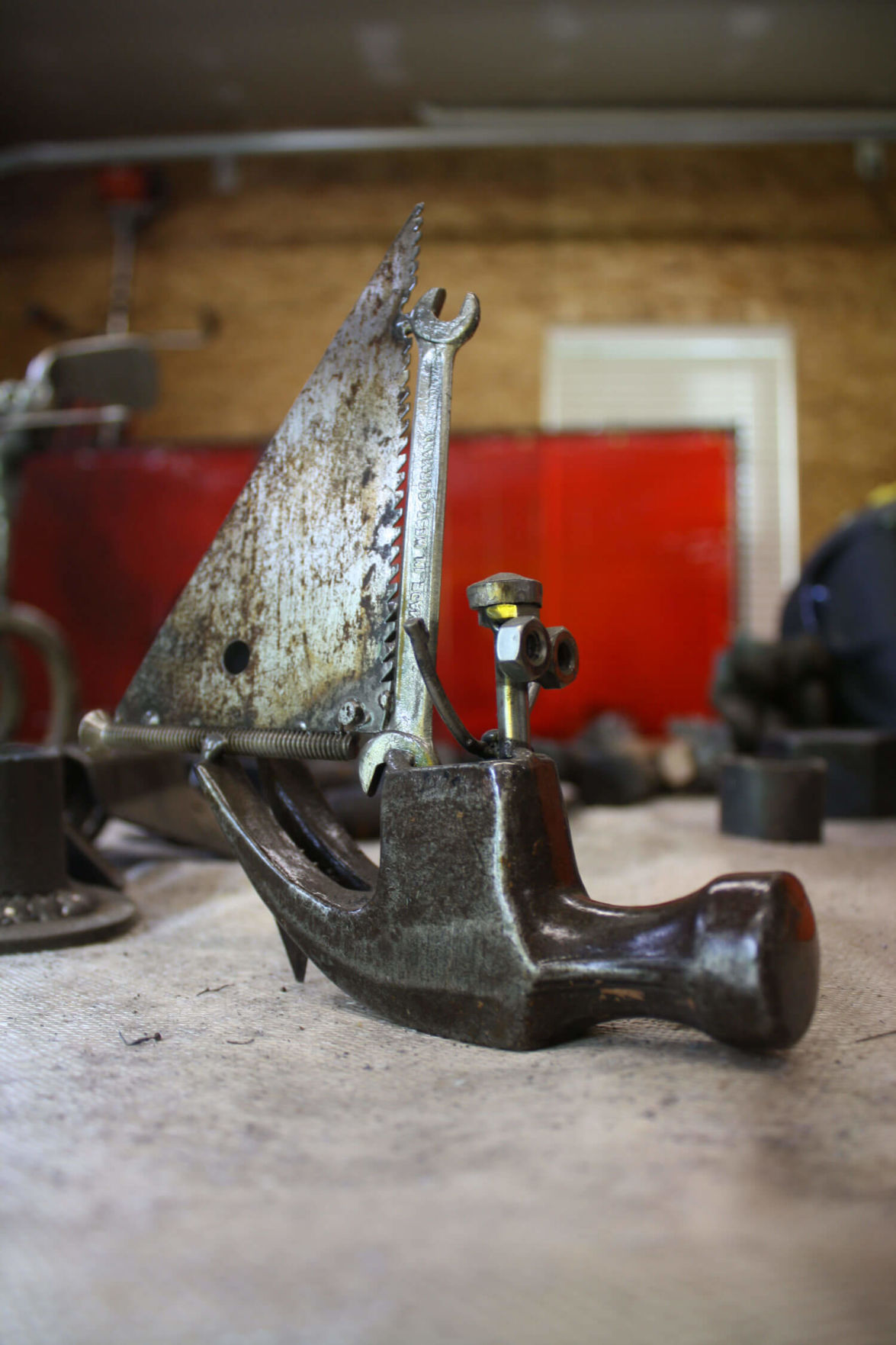 Metal artist Alissa Kenwood works in her shop in Colchester, on a sign welded from horseshoes.

Not many middle school students have their own limited liability corporation. But Alissa Kenwood does.

Her journey into the business world began with an interest in welding, sparked by a favorite TV show, Mythbusters. She wanted to learn to weld so she could build things the way they do on the show. She was too young to take the class, so her dad took it and would then repeat the lessons for her when he came home.

Kenwood soon began welding small dogs made from nuts, bolts, washers and springs. A neighbor convinced her to show her work at a craft fair at Missiquoi Valley Union High School. She sold 20 of the small dogs. Since then Kenwood has expanded to create art from virtually anything a magnet will grab.

Sales expanded along with the range of her creations. So much so that she and her father have formed Deskpets, LLC.

Now Kenwood has a full shop in the family garage where she spends her spare time making art from metal. A table full of projects, finished or in the process of being finished, centers a space filled with tools, buckets of odd metal pieces, racks, fabricated to hold parts, and on every surface there are little sketches, because Kenwood likes to draw as well.

“World’s largest washer,” says Kenwood with a smile, holding up a disc as large as a dessert plate. She has boxes of them, and it’s one of the first collection of material she got when she started out.

She also has a box full of the heads of ball peen hammers, bolts, and sheet metal, which she uses to make steel roses.

The tools she has are fun as well. There’s a bench grinder, a portable band saw with a metal blade, a drill press, a Mig welder, a vice, and her favorite, a plasma cutter, which cuts through electrically conductive materials by means of an accelerated jet of hot plasma, which is superheated. It’s a fun tool, to be sure.

Beyond her art, Kenwood is interested in becoming an electrical or a mechanical engineer, and recently went to the Rosie’s Girls welding and carpentry day camp, offered through Vermont Works for Women.

Her favorite cast member on Mythbusters, Grant Imahara, an electrical engineer, was recently at a makers’ convention in New Jersey, and Kenwood got to meet him.

“She was speechless,” said her father.

Where to find her work

Kenwood has a table full of her work on display at the Milton Artists Guild, but that’s just one venue for her work. She also has pieces at 30 Odd in Burlington, and sells her work at craft shows all over the region. Most recently, her work was accepted by Vermont Handcrafters, a juried venue. She’ll be showing with them Nov. 22 through 24 at the Double Tree Hotel in Burlington, as well as at the Big E in Springfield, Mass.

She said pricing has been to most difficult part to figure out. She started selling her small dogs at $15 each, but as they kept selling she raised the price, and leveled off at $20 each. Other pieces sell for $40, $60, or even $100.

And while she enjoys making her art, her long terms plans may very well include working as a welder, a lucrative and sought after trade. Already, she talks like a welder, making light of the dangers.

“I’ve burned myself a couple of times,” she said. “Just because I picked up a piece before it completely cooled. You can’t be smart all the time.”