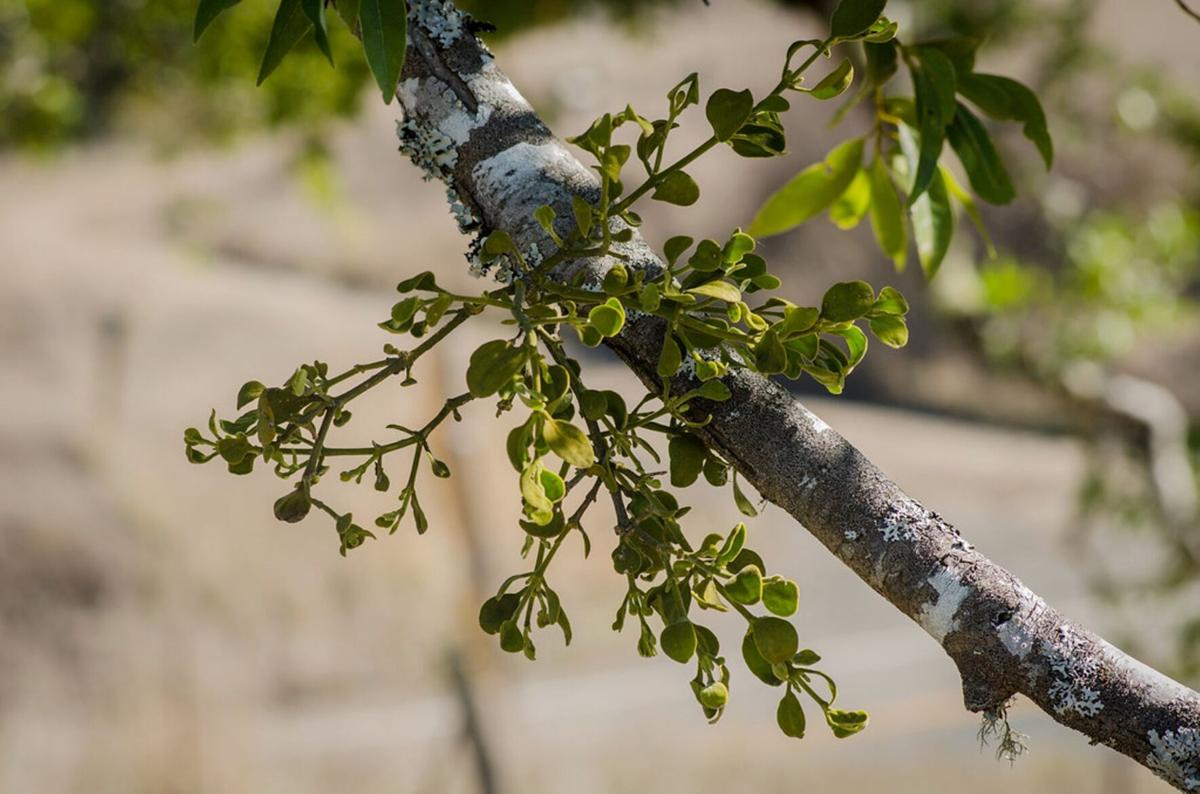 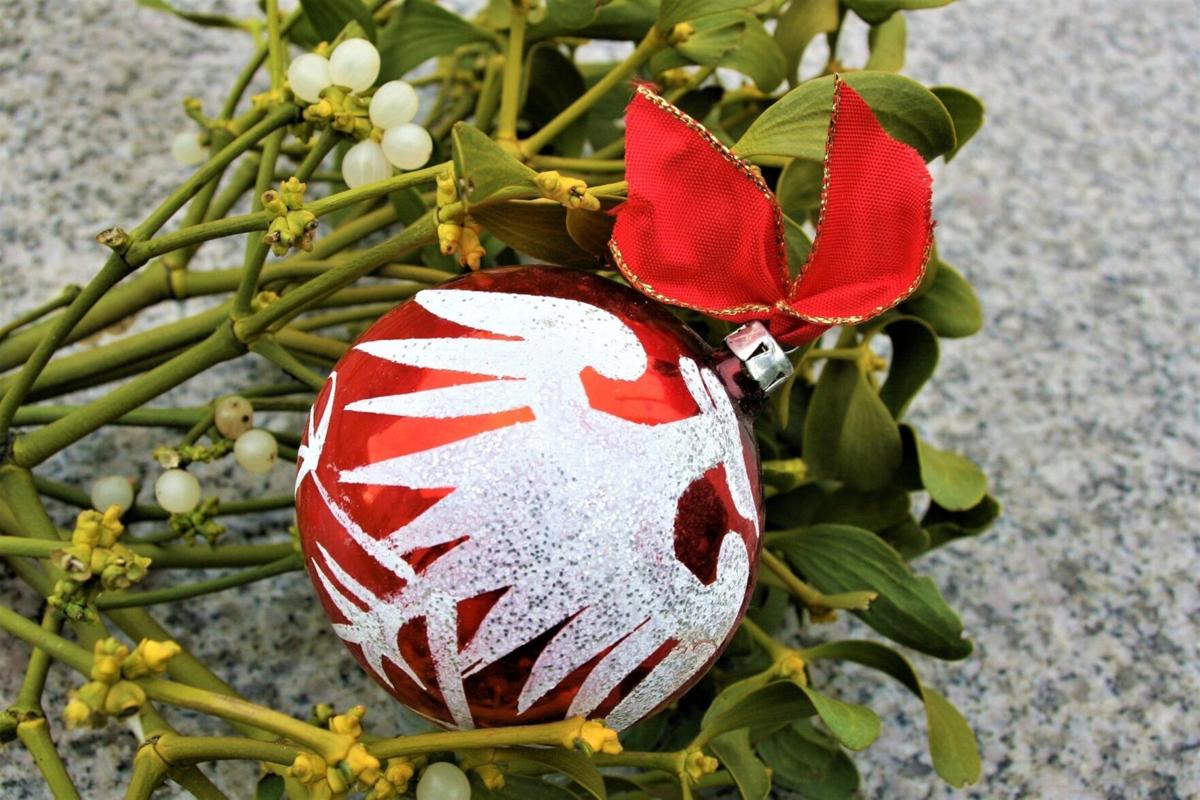 Mistletoe's association with the Christmas holidays can be traced back to an 18th-century English folk song. (photo: Julita Bodensee-Schweiz/Pixabay)

Hung in doorways to spread holiday cheer, mistletoe is rich in mythology and tradition.

Mistletoe comes from the Old English word "mistiltan" in which "mistil" means "dung" and "tan" means "twig." This reference to bird droppings is certainly counter-intuitive to mistletoe's romantic symbolism.

The European mistletoe (Viscum album) and the American mistletoe (Phoradendron serotinum) are the two species of mistletoe sold at Christmastime.

American mistletoe affects more than 100 species of trees, notably oaks. It is found in U.S. Department of Agriculture plant hardiness zones 6-11 from New Jersey to Florida and west to eastern Texas. It flowers from July to September. Each female flower produces a white berry with a single seed that ripens in winter.

The plant spreads through seeds that hitchhike on birds' feathers or are released in birds' droppings. Each seed is covered with viscin, a glue-like substance that allows the seed to easily adhere to the bark of a host tree on which it germinates.

The medicinal and mythical history of mistletoe originated in Europe during the Classical era. The Greeks used Viscum album as a medicinal herb to treat a variety of ailments and the Romans as a balm against epilepsy, poisons and ulcers.

Historians speculate that the romantic myth associated with mistletoe began with the Celtic druids in the first century A.D. Because the plant blossomed in cold winter, they believed it held supernatural powers of high fertility. They considered it sacred and used it to improve fertility among humans and animals.

In a Norse myth, Frigg, the goddess of love, casts a spell on all plants to ensure that none could be used as a weapon against her son Baldur. Unfortunately, she forgets to include mistletoe, and Baldur dies by an arrow made of mistletoe. Subsequently, Frigg declares mistletoe a symbol of love and promises to kiss anyone who walks beneath it.

Historians are not sure how this myth became a Christmas tradition, but they have traced the practice back to the lyrics of a folk song published in England in 1784.

Mistletoe is easily spotted in trees in winter where it forms large green balls on bare branches. It grows best in full sun or part shade.

Although parasitic, it is valuable to our ecosystem. This plant does not damage trees in areas where water is abundant. In general, mistletoe affects older and larger trees, providing safe cover and nesting places for birds.

Its highly nutritious berries are an excellent food source for small animals, birds and insects. In fact, the American mistletoe is critical to all stages of the beautiful great purple hairstreak butterfly.

For centuries, Europeans have used Viscum album in traditional medicine. Today, they use its extract in prescription drugs and dietary supplements and also are considering it in the treatment of cancer. However, in the United States, the U.S. Food and Drug Administration has not approved any form of mistletoe to treat any medical condition.