On its June 13 visit to Law Island, the CCC found a number of disrespectful and dangerous land use practices, including fire sites in unallocated locations, trash strewn around a campsite and numerous trees recently cut down for firewood.

The CCC, made up entirely of volunteers, makes a yearly visit to Law Island to report these offenses and strategize solutions for helping people make better choices when camping on the island.

Law Island is owned by the state of Vermont, conserved by the Lake Champlain Land Trust (LCLT) and managed by the Colchester Conservation Commission.

Law Island is named after early Colchester statesman and farmer John Law who purchased the island in 1787. It was bought and sold a number of times until 1894 when investors bought the land and erected a number of buildings and a water tower.

LCLT bought the island in 1995 with the help of the Vermont Housing and Conservation Board. LCLT set up a conservation easement of the island, but donated it to the state of Vermont.

In 2012, the remains of the buildings and water tower were torn down. On the island today, visitors can still see scrap metal throughout the 9-acres of land. 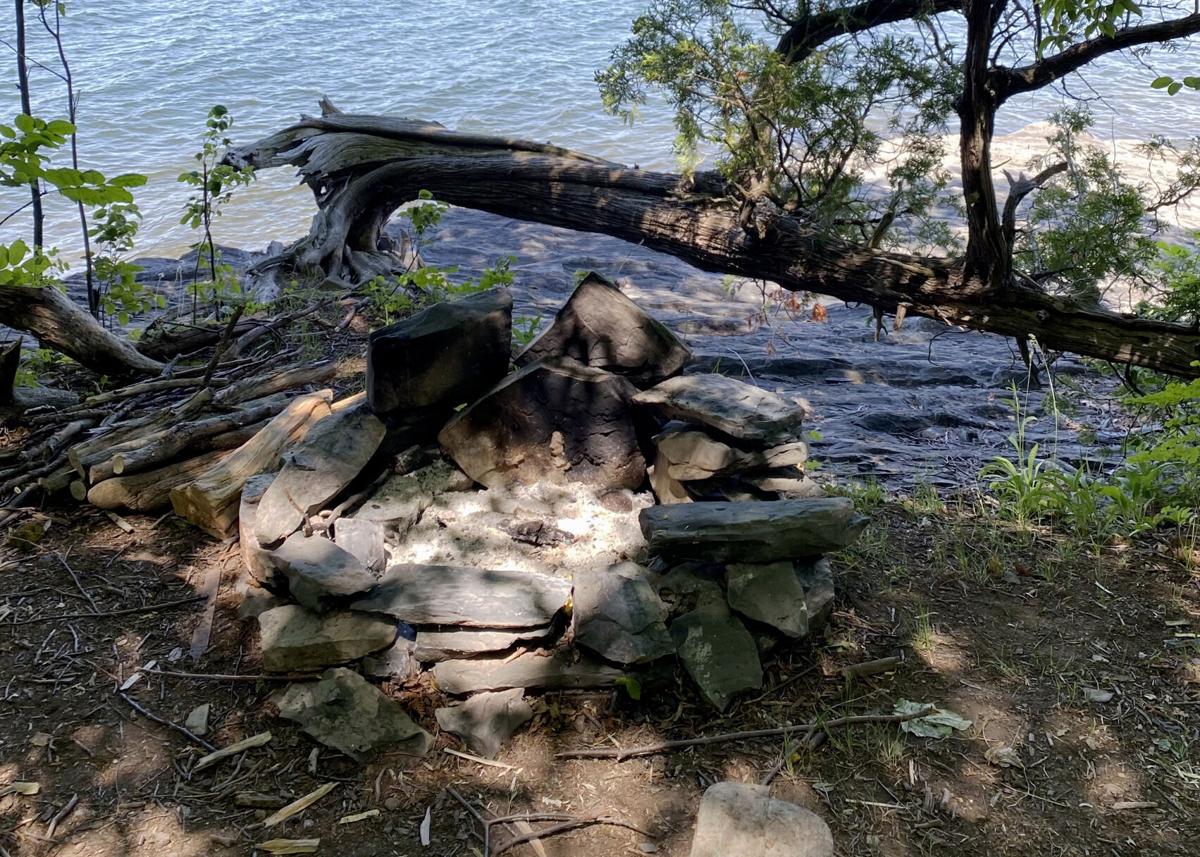 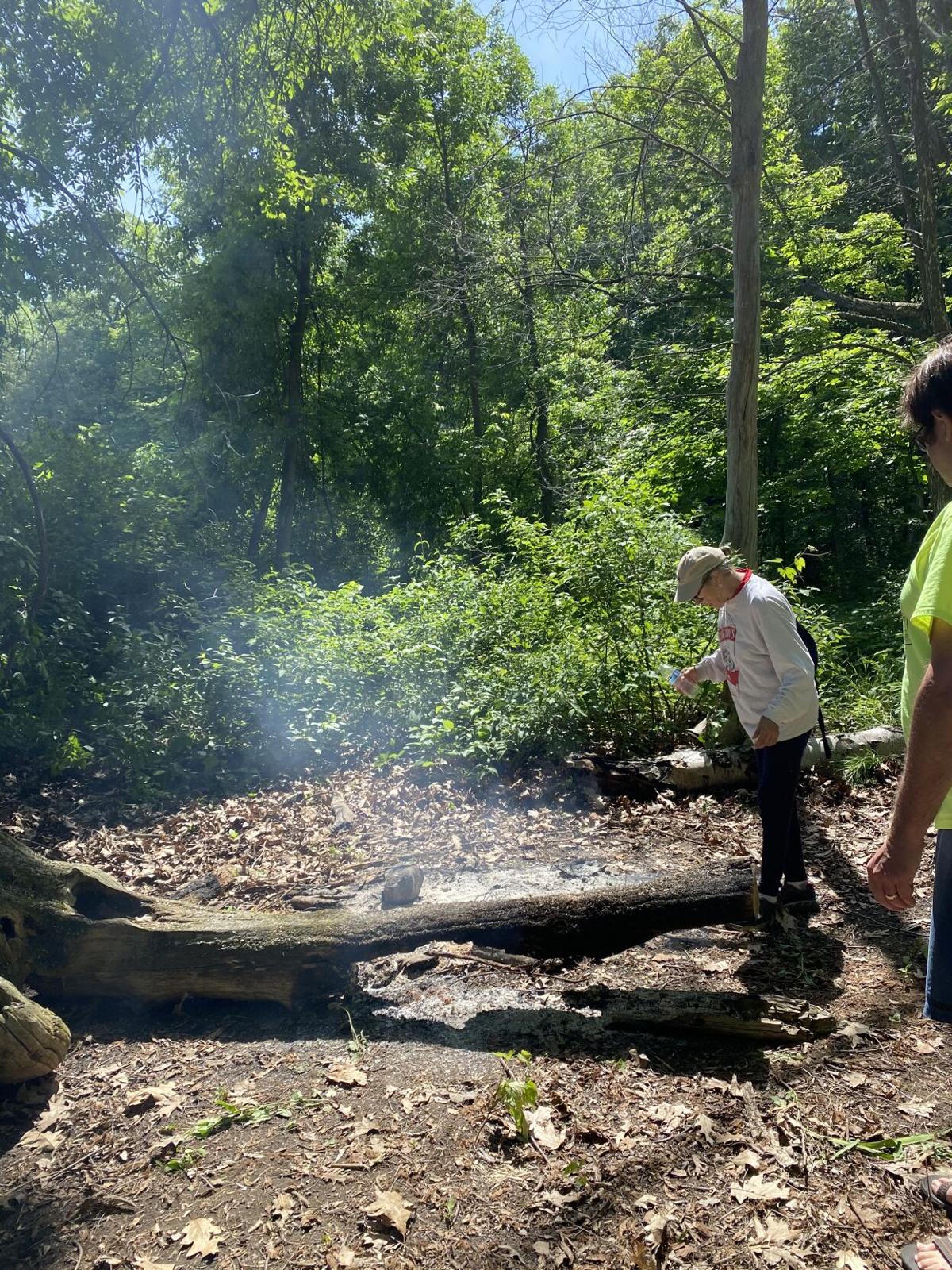 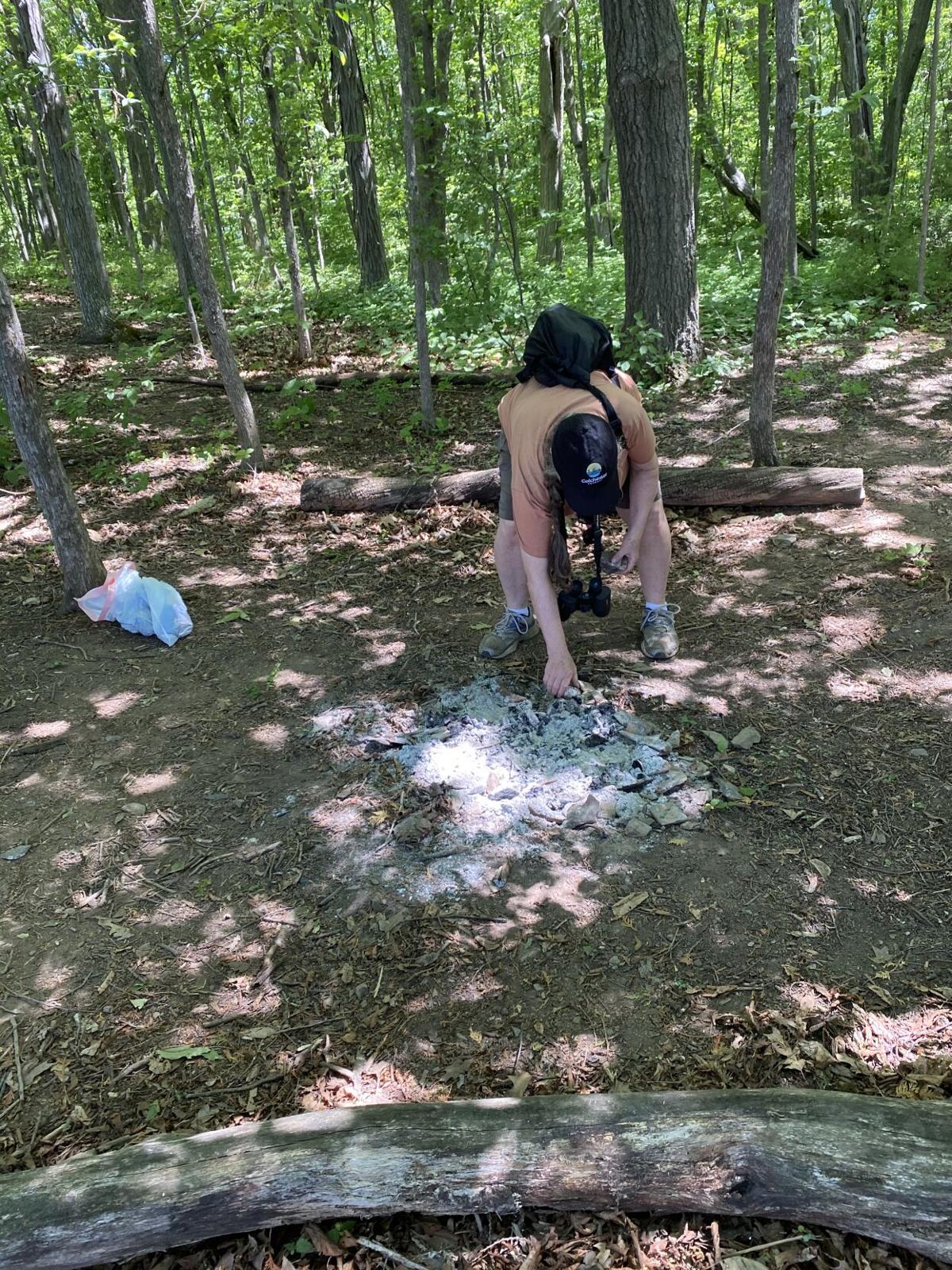 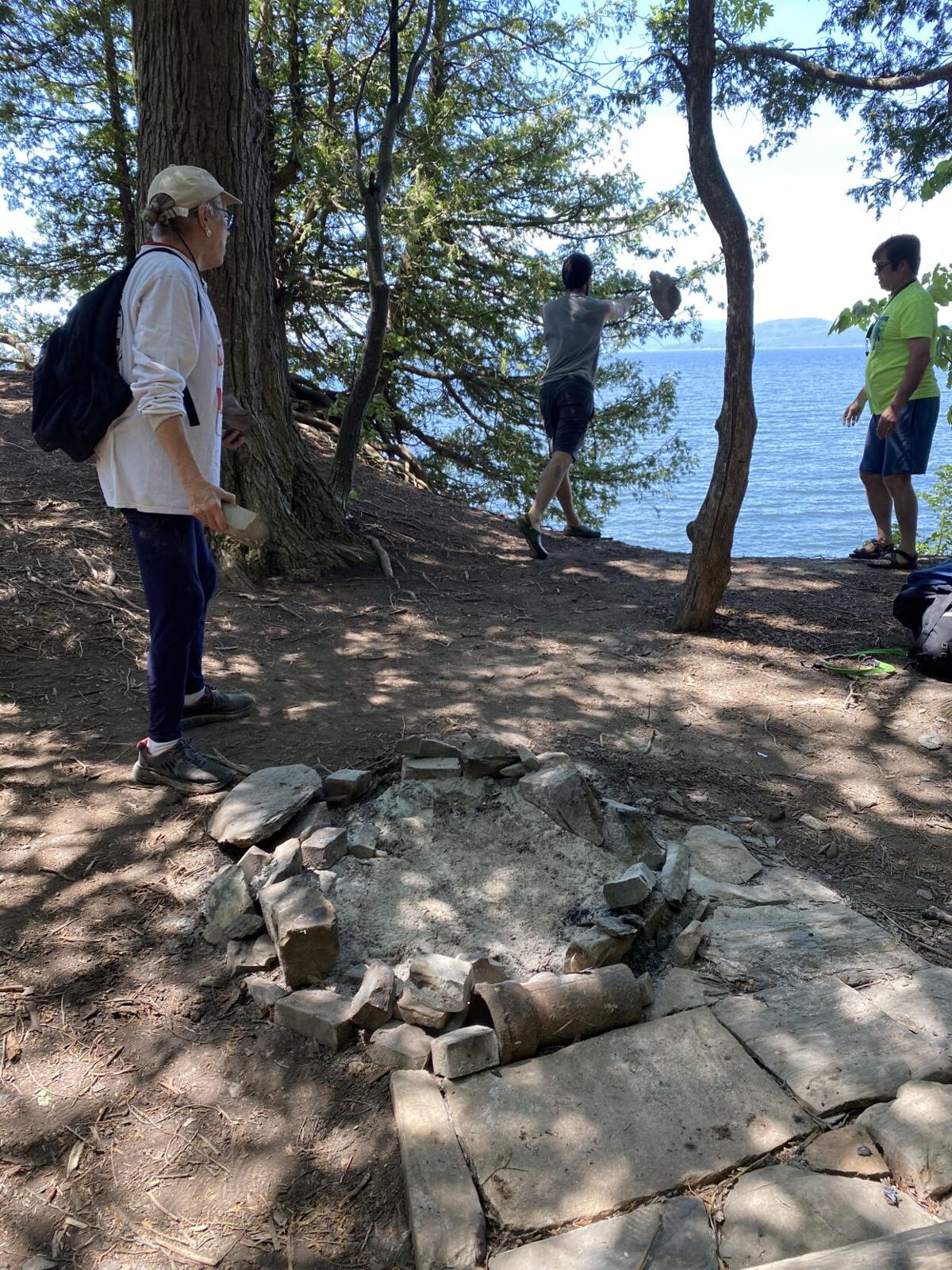 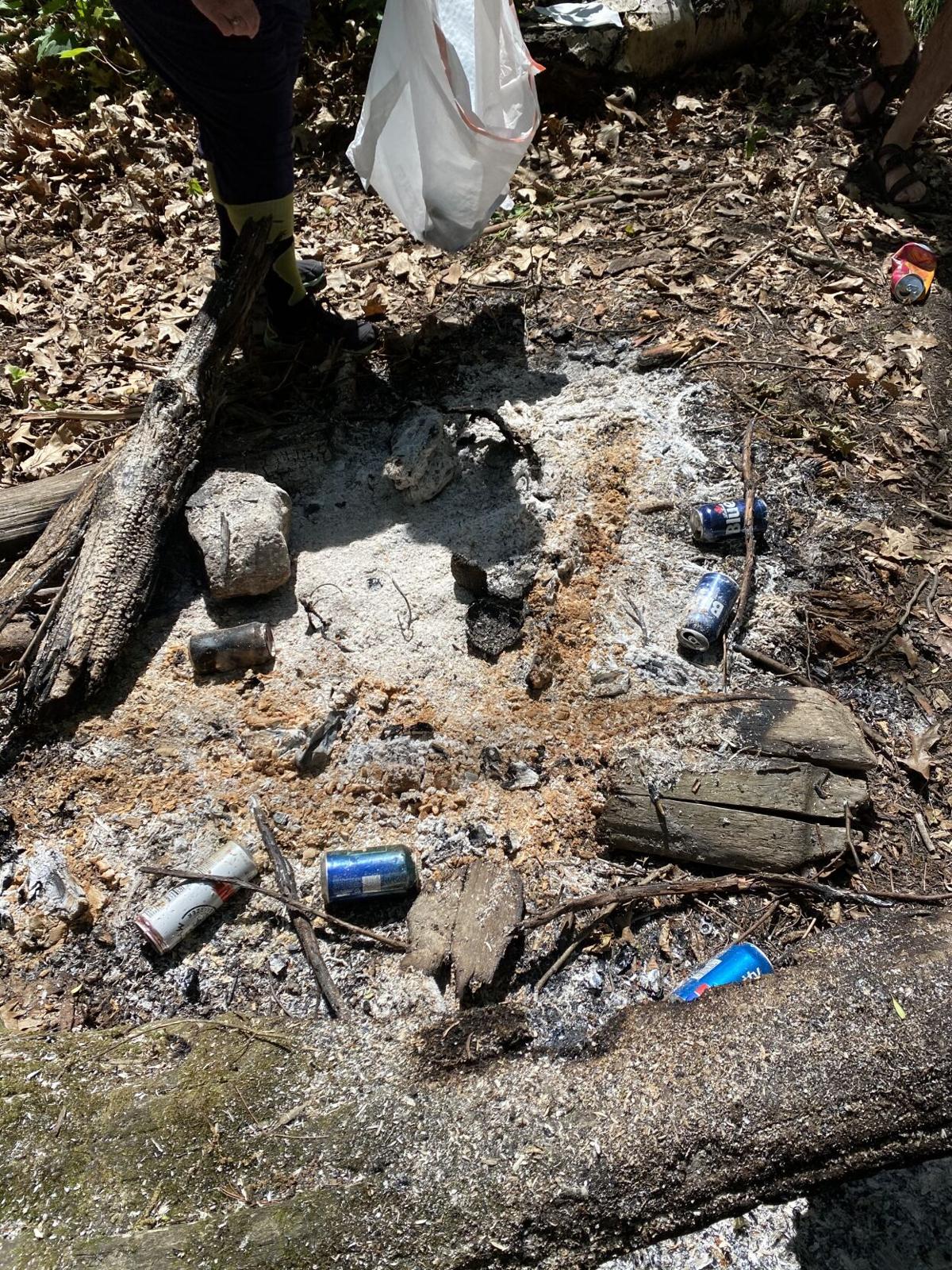 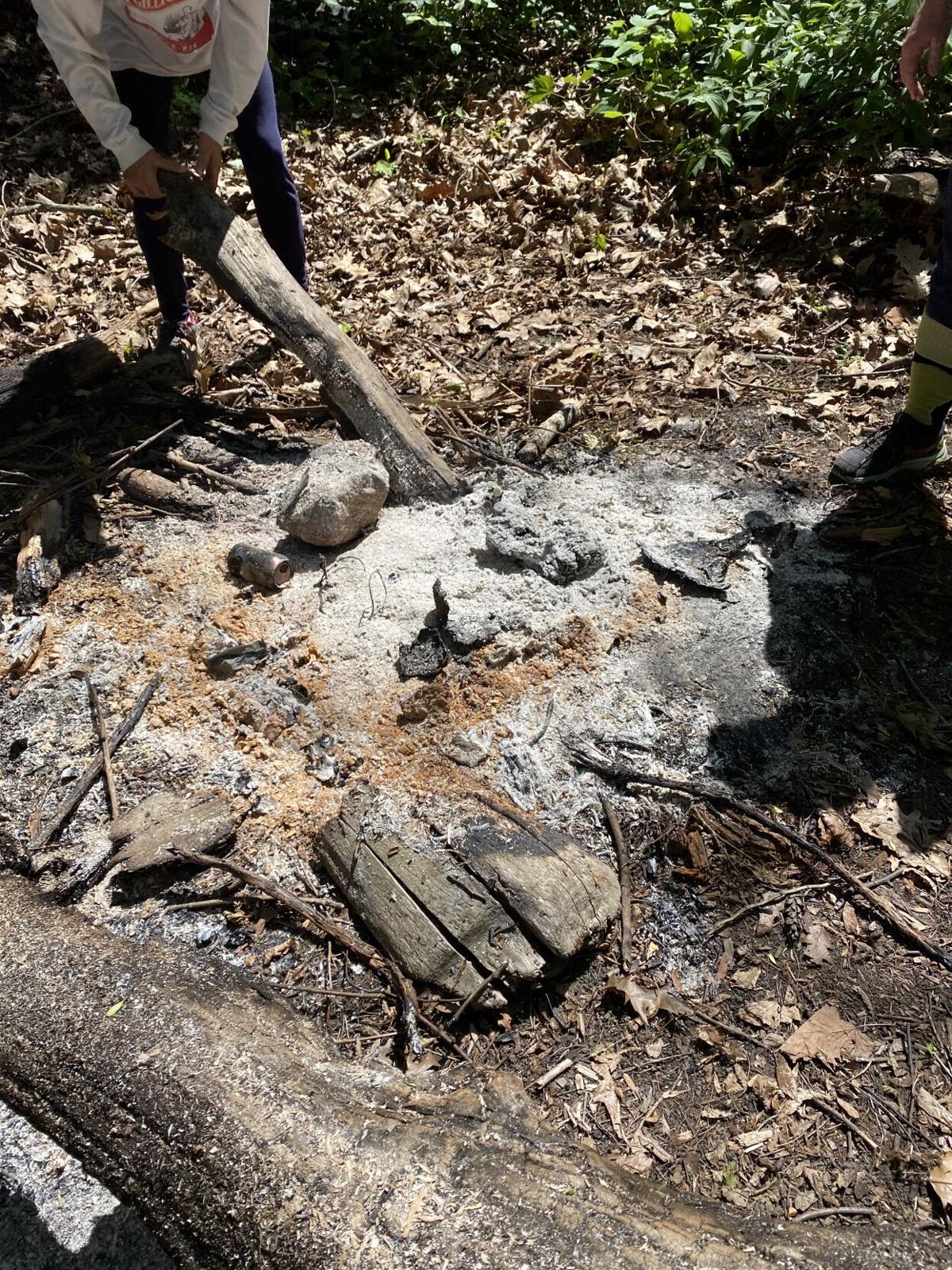 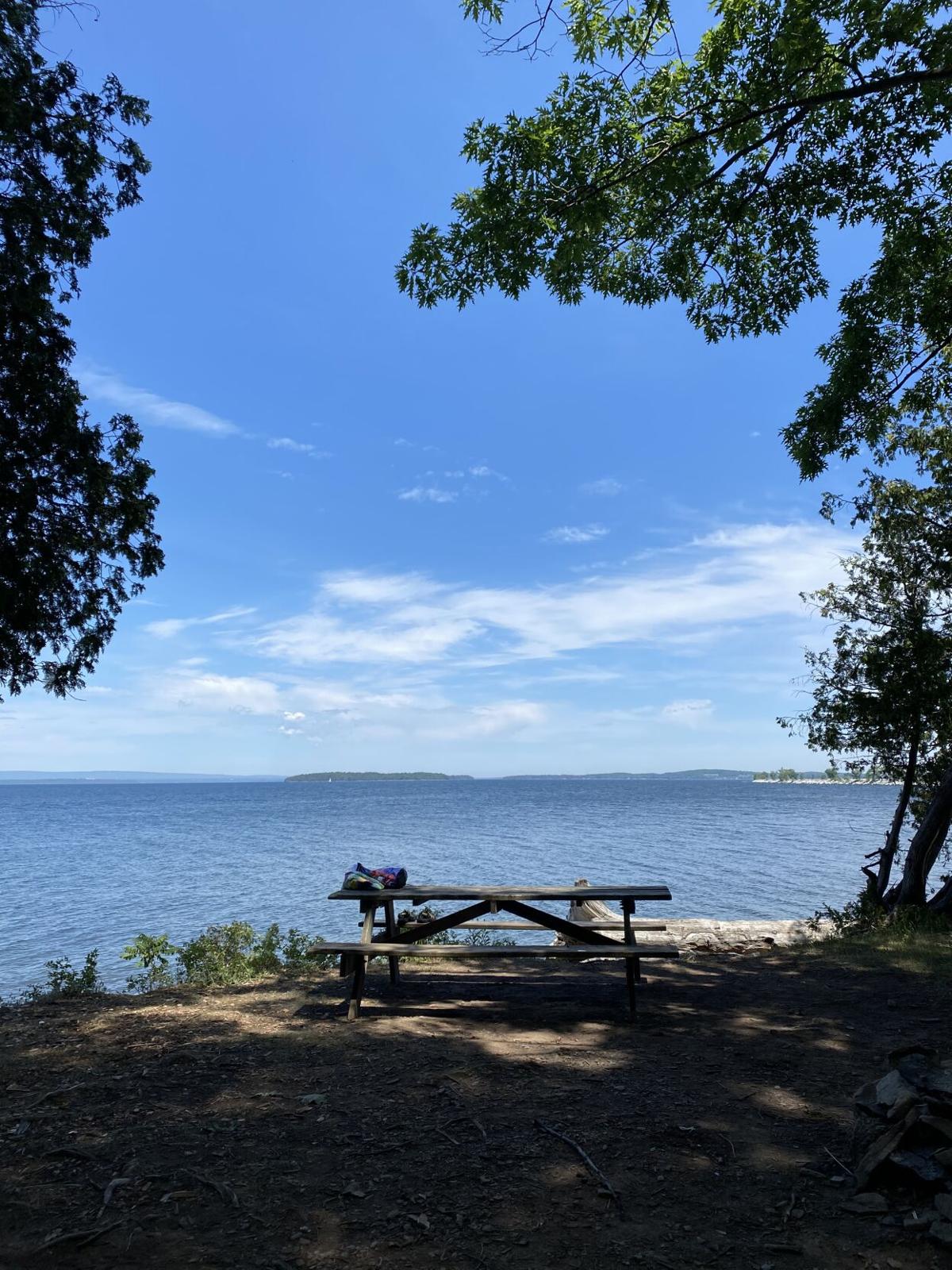 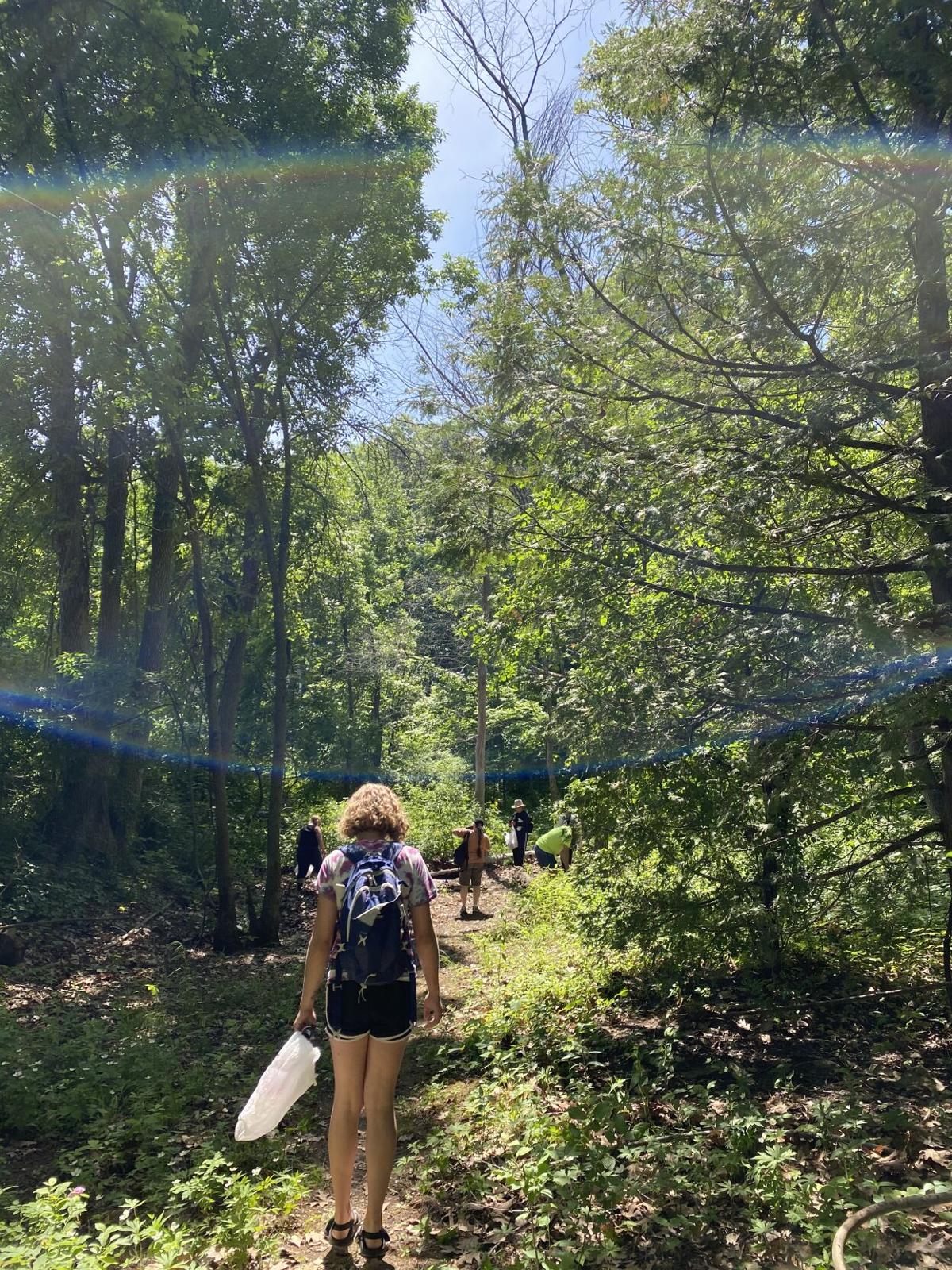 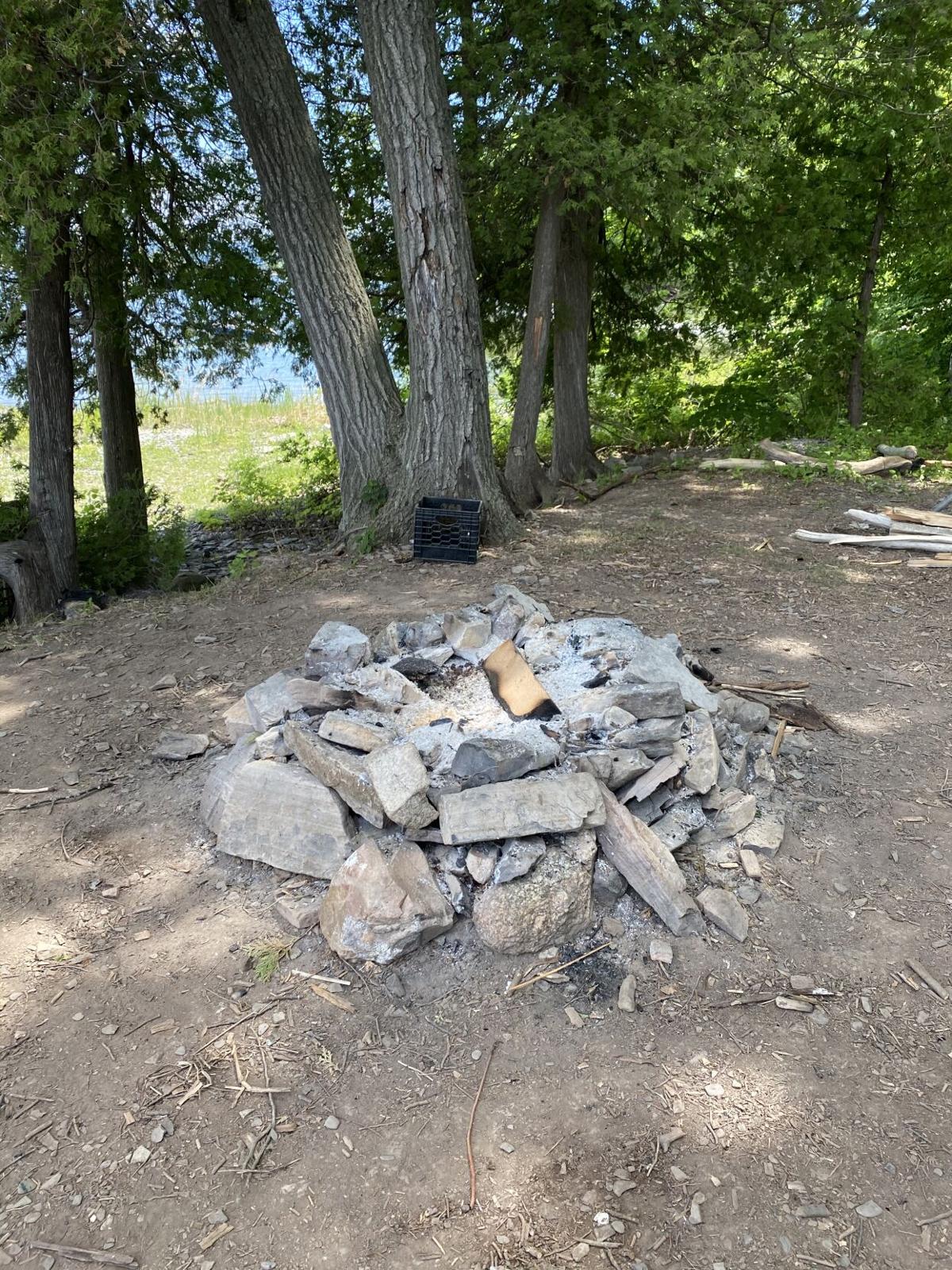 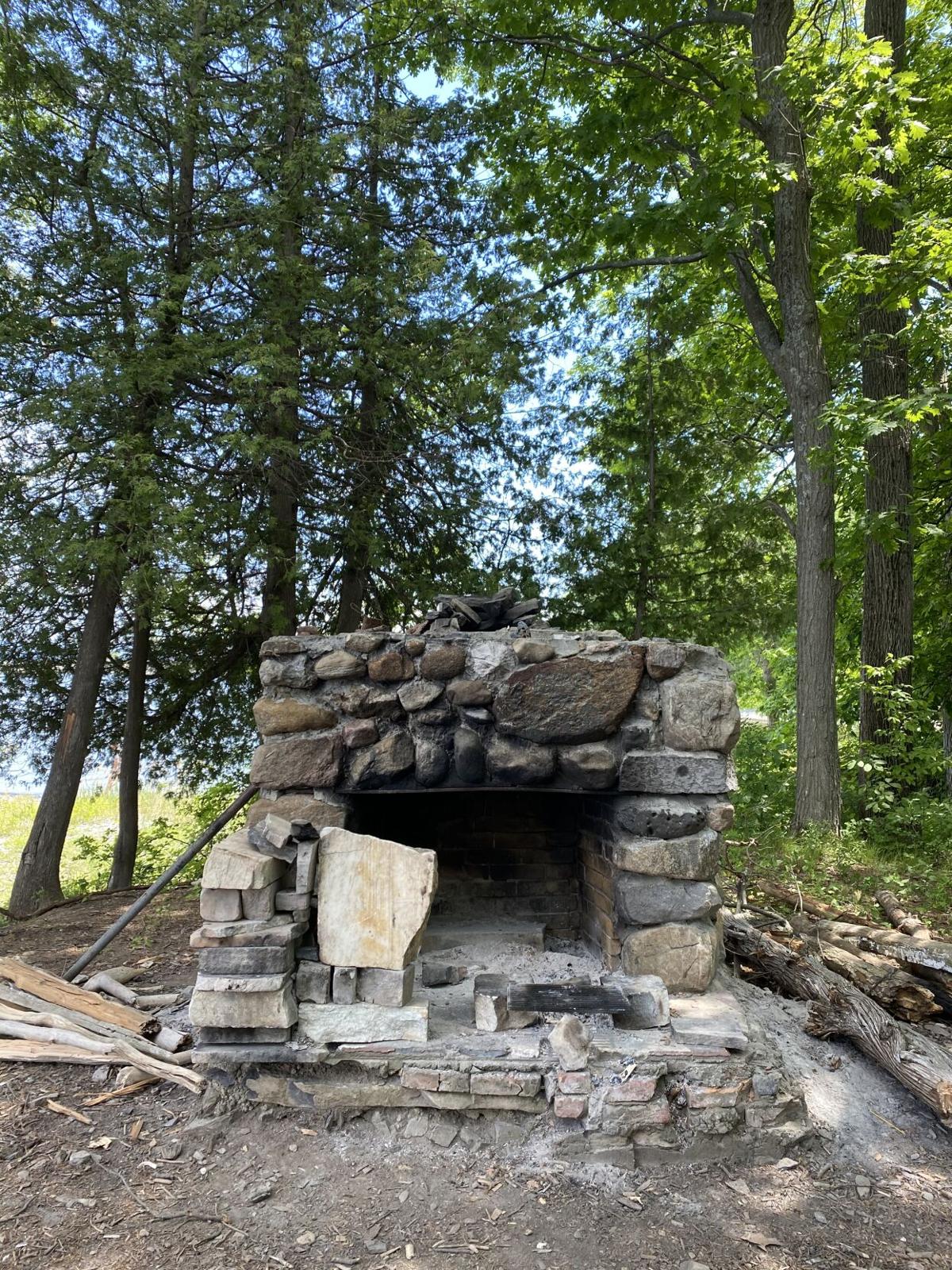 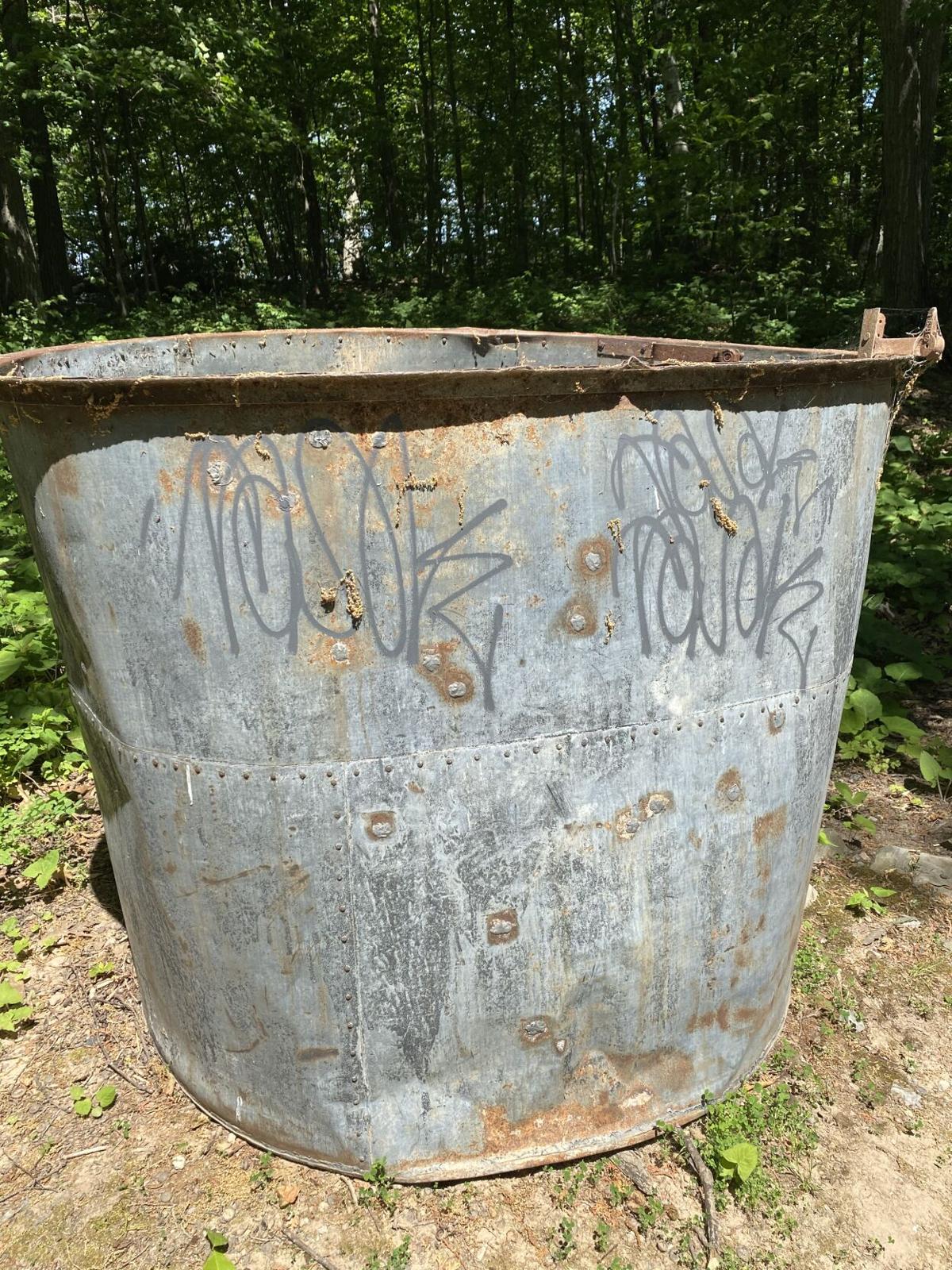 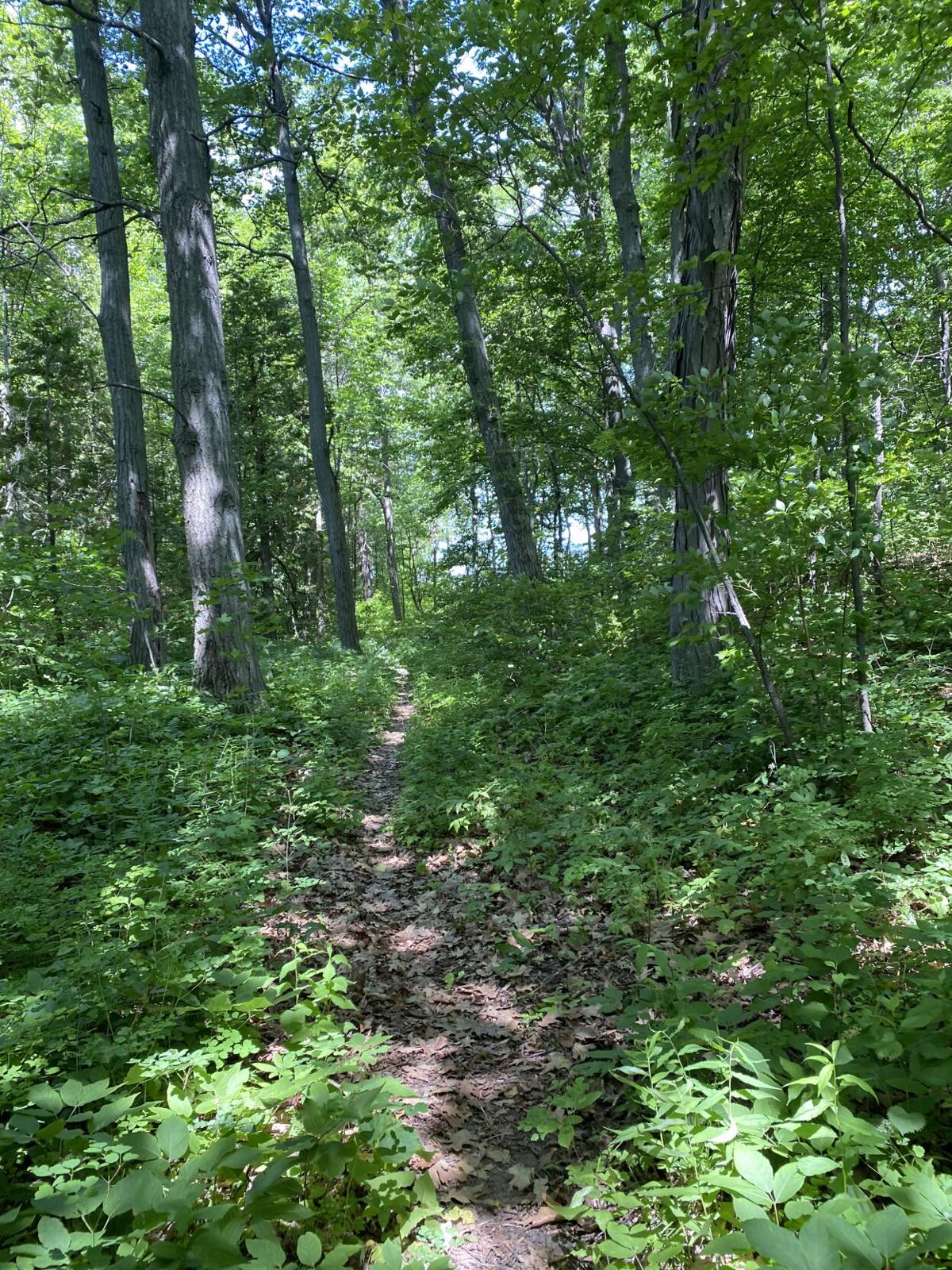 The CCC wants to dissuade people from building fire pits at unallocated locations.

“The issue is that there’s no signage up saying you can’t have a fire,” Carroll said.

Last year, the CCC found six hand-built fire pits. This year, there were five, including a fire that was still smoldering and left unattended.

Firefighter Tyler Cootware said he does not think the Colchester Fire Department has ever responded to a fire on the island.

“We know that there is open burning out there, but I don’t believe we have ever responded to a fire on Law Island,” he said. “Fingers crossed that this isn’t the year.”

The CCC breaks up any unauthorized fire pits they find in order to dissuade people from using them and to limit the amount of people on the island to the amount of campsites available.

“That’s why we break them up, to discourage one person, one inexperienced person from using them,” Carrol said.

“We’ve been fighting this forever, every time we come out it’s the same situation."

On the trip, the CCC debated a number of different ways to encourage people to be more respectful of the land. These ideas included utilizing conscientious campers to remind those less knowledgeable about carry-in carry-out techniques and safe fire practices.

“Every time we come out here we debate the best way, the best wordage, and how we can enforce it,” Carroll said. “We never come up with an answer.”

A number of CCC members proposed making signs to post around the island reminding people not to make fires at undesignated locations and to not cut down trees. One member mentioned making visitors pay for a permit before camping. Another idea was to create a few designated camping spots around the island.

“I think if it was legitimized in some way, it would be safer. I don’t think you’re ever going to stop people from camping here unless you want a police presence,” said a local man who’s been camping on Law Island for years.

The CCC meeting ended without a concrete solution, but with the knowledge that something needs to happen to protect Law Island from disrespectful future campers.

“We’ve been fighting this forever, everytime we come out it’s the same situation,” Carroll said.

Carolina de Buy Wenniger is a Summer 2021 intern for the Colchester Sun, Essex Reporter and Milton Independent. Her primary reporting focus is on conservation, sustainable transportation and the environment. Email her at news@colchestersun.com.