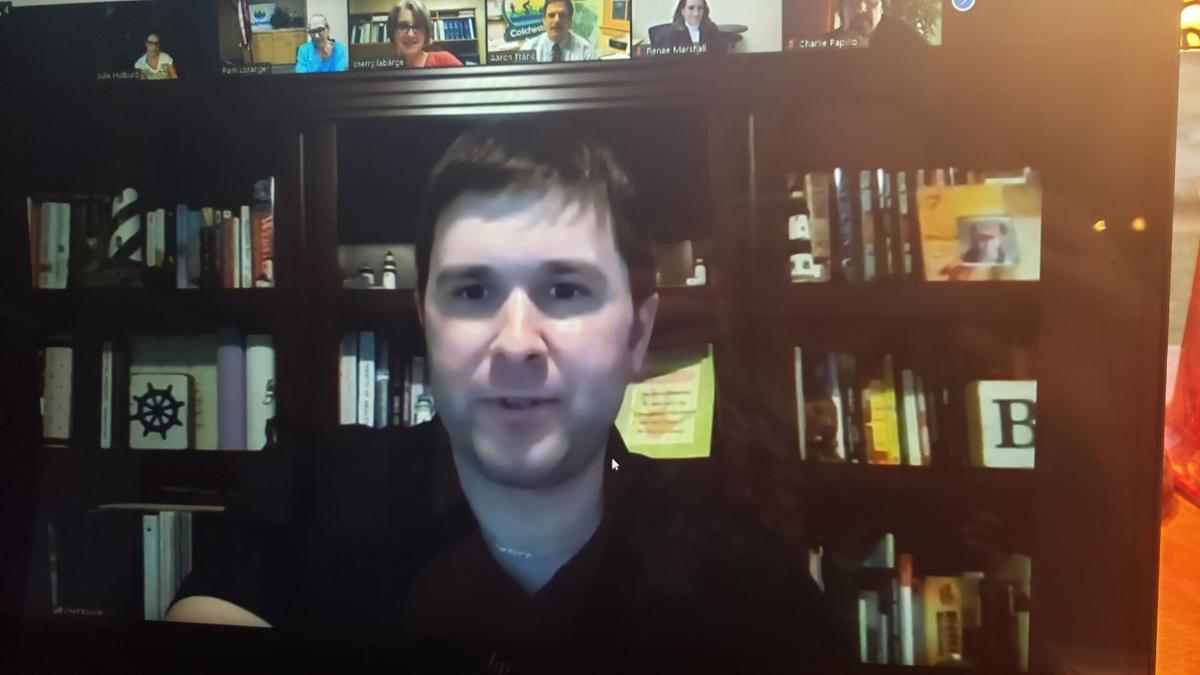 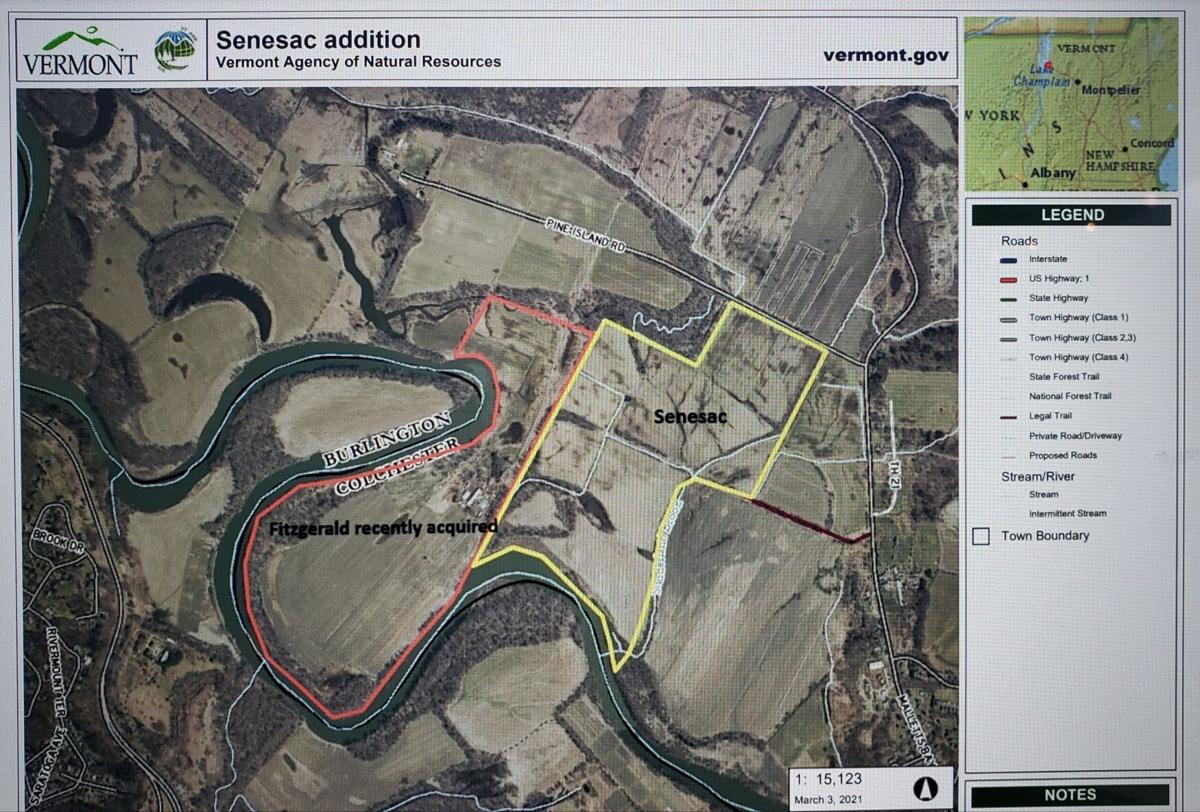 This map shows the location of a 142-acre parcel that Vermont Fish and Wildlife plans to acquire, adjacent to the Fitzgerald Farm, which it purchased last year. 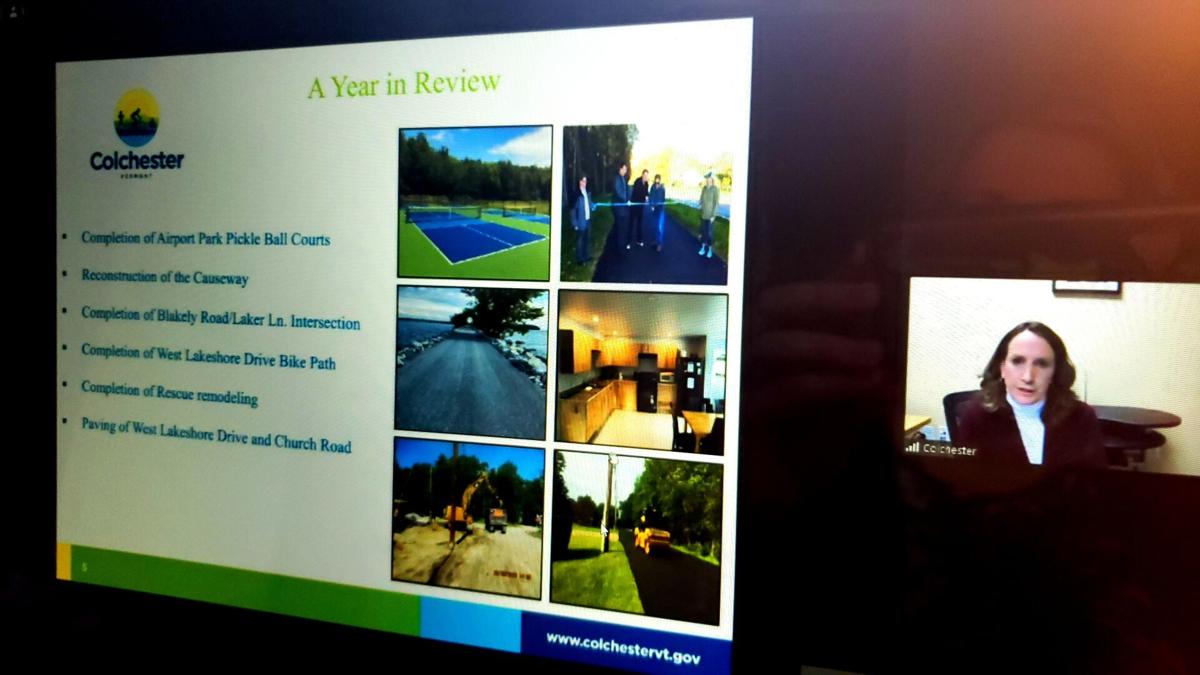 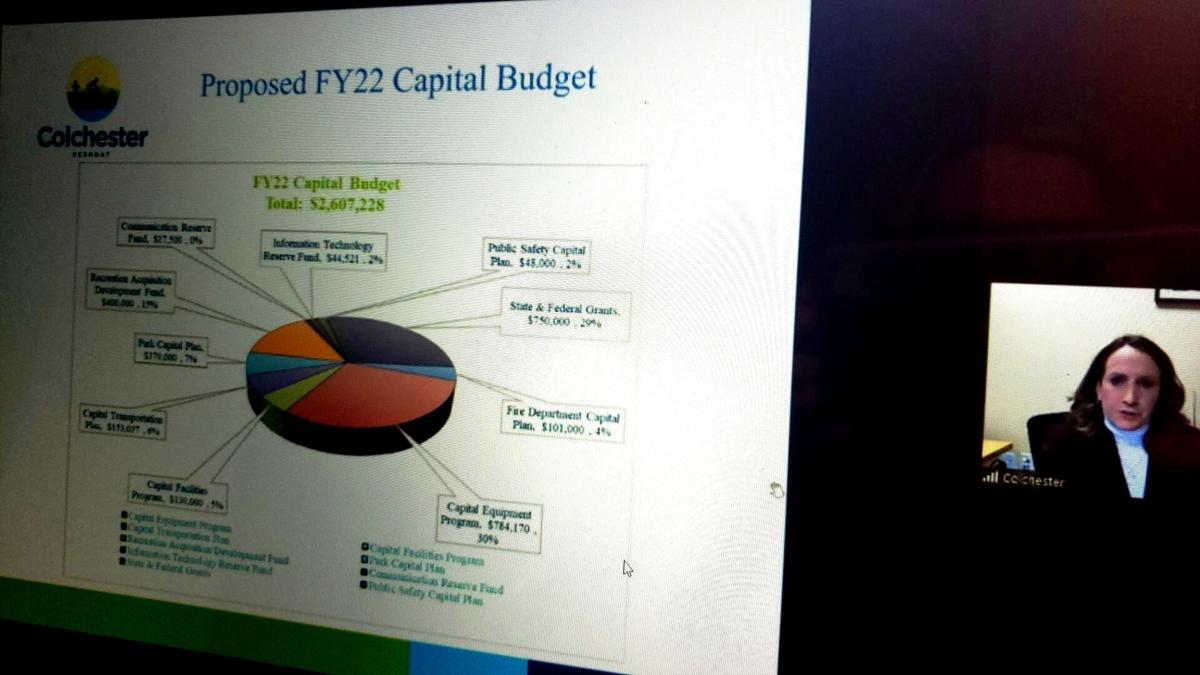 COLCHESTER -- The Colchester Selectboard unanimously approved the Capital Budget Program for fiscal years 2022 through 2027 at its March 23 meeting.

What exactly does this mean? The Capital Budget Program is a multi-year planning tool which helps the Town of Colchester identify and plan for its capital needs.

“The plan is dynamic in nature and will change from year to year as priorities, needs and funding change,” said Deputy Town Manager Renae Marshall.

Projects are funded in a variety of ways, authorized by voters or the selectboard, and state and federal grants. The majority of funding comes from the town’s voter-approved multi-year reserve funds.

The proposed FY22 Capital Budget lists 34 projects, which total $2,607,228. Of that amount, 29 percent ($750,000) is expected to come from state and federal grants, Marshall said in a March 12 memo to selectboard members. The remaining $1,857,228 would be funded by local property tax dollars from voter-approved capital plans.

The proposed five-year capital program for fiscal years 23 through 27 lists projects totaling $10,351,675. According to Marshall, roughly 32 percent ($3,263,795) is expected to come from state and federal grants and development impact fees. The remaining $7,087,880 will be funded by local property tax dollars from voter-approved capital plans.

The five-year CBP is a valuable tool which helps the town determine capital needs’ priorities and assign available resources to those projects. It allows the town to plan for projects to be completed in each fiscal year, the estimated project costs, and how those projects will be financed.

For a detailed look at the FY22-27 Capital Budget Program, click here.

What else you need to know

Planning & Zoning Director Sarah Hadd gave a brief presentation on the town’s consideration of adopting a time of sale program, which she does not recommend at this time.

“Given the town’s geography, topography, larger lots, soils, and rural nature in most areas, most of the community will be forever serviced by on-site wastewater systems,” Hadd said in a memo to selectboard members. “To provide more universal information at a crucial and certain time at property ownership change, this program of disclosing condition at time of sale would help future owners plan for future repair and replacement costs. It will also help to prevent unpleasant surprises and make fraudulent reports on pump out far more difficult.”

However, the town already provides Certificates of Compliance when requested by mortgage companies or attorneys in property transactions. Local or state regulations do not require certificates, but they are issued for the majority of property sales and some refinances, Hadd said.

Hadd also said that requiring an inspection may prompt sellers to hire inspectors, when the buyer would be better off doing so, to maintain impartiality.

The selectboard voted to support Vermont Fish and Wildlife’s acquisition of 142 acres from Jeffrey Stanley Senesac and Lisa Lovejoy.

The parcel is adjacent to the Fitzgerald property that VFWD bought last year. Both properties are located in the Winooski River floodplain. The Senesac-Lovejoy land would provide opportunities for wetland restoration, wildlife habitat conservation and recreation, said Fish & Wildlife Specialist Toni Mikula.

The Selectboard unanimously approved a quit-claim deed for Parcel #13, which extinguishes all rights to the town’s utilities in the state right-of-way.

The Selectboard approved the following three reappointments and one peddler’s license:

The Vermont Department of Taxes, the Vermont League of Cities and Towns and the Vermont Municipal Clerks’ and Treasurers’ Association studied potentially transitioning the responsibility for billing and collecting the statewide education property tax from municipalities to the VDT, Marshall said.

“In theory, it was wonderful, but it was an incomplete proposal,” Frank said.

Town staff liked the idea at first, since many taxpayers believe all the taxes they pay are levied by the town, which is not true.

If this transition took place, each taxpayer would receive two separate tax bills, resulting in confusion, Marshall said. One bill would be for state education taxes, one for municipal service taxes. Marshall also cited escrow, billing cycle and software complications as deterrents.

Other disadvantages mentioned were:

Bouvier is a lifelong Colchester resident who LaBarge lauded as a good listener, a good communicator, loyal, poised under pressure and excited to learn new things. A panel selected him from a pool of 32 candidates.

Bouvier graduated from Champlain College with a degree in business administration, LaBarge said. He has worked for Spherion for 18 years.

“I know I have big shoes to fill and I’m excited for the challenge,” Bouvier said.

What $650,000 can get you in Colchester: A large family home with in-ground pool

You and five guests can stay near Mt. Snow for just $165 per night with this Woodford cottage