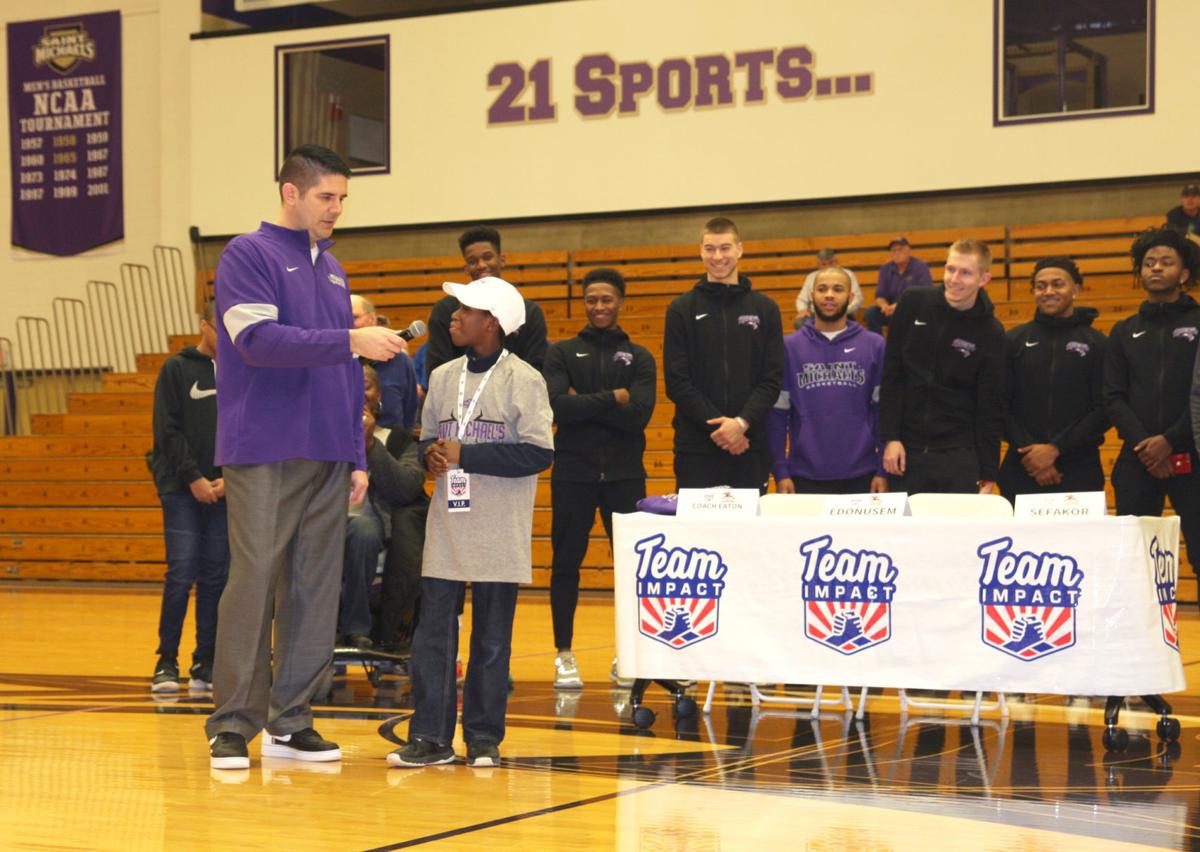 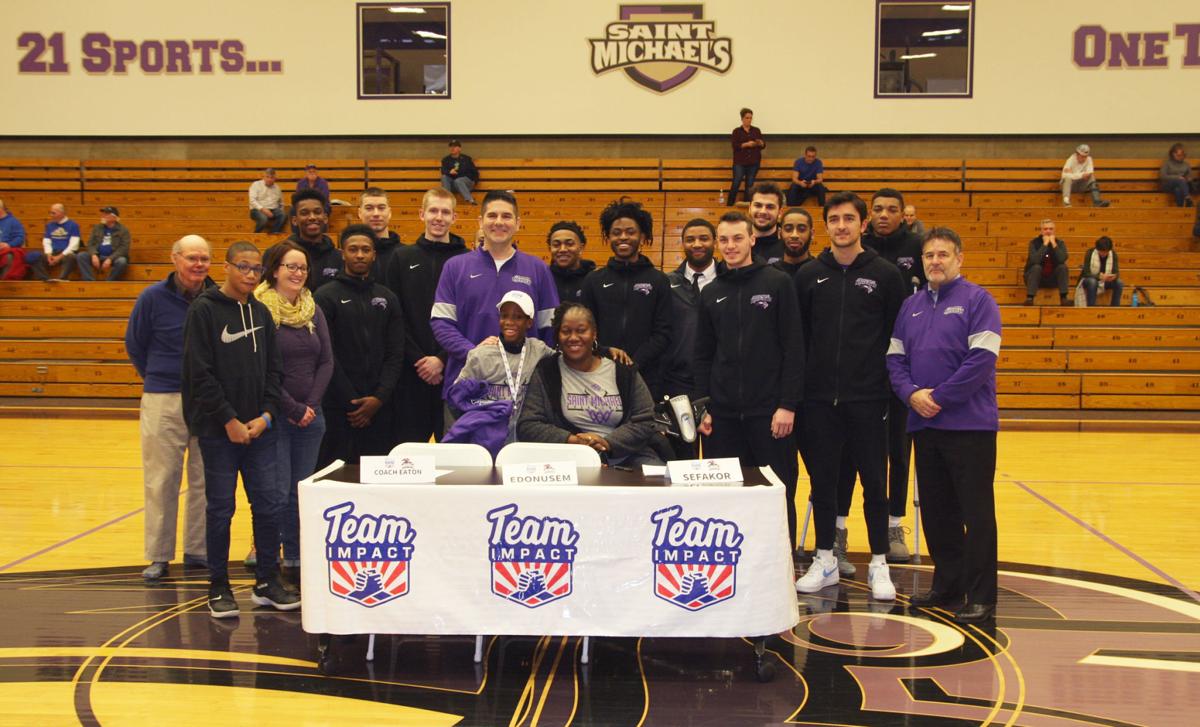 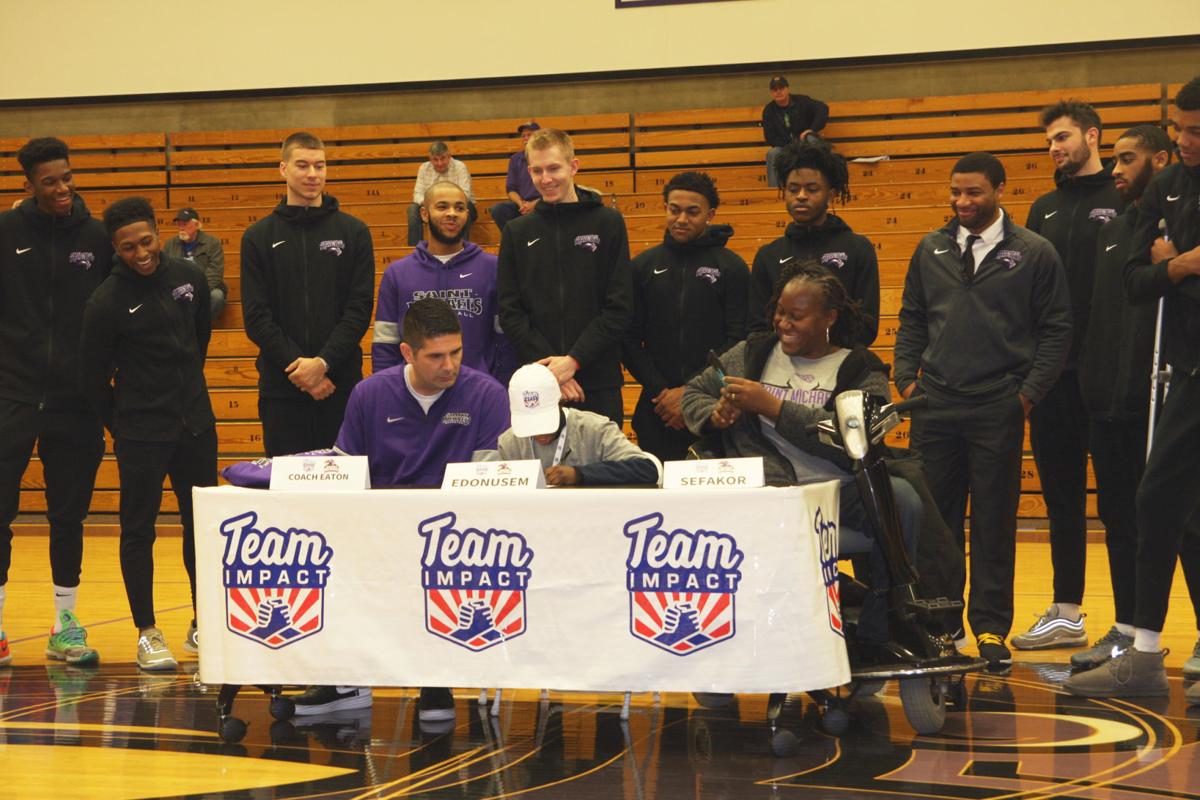 The young athlete signed a National Letter of Intent on Jan. 11 at Ross Sports Center, home of the SMC Knights basketball and volleyball teams, during a “Draft Day” ceremony where he was joined by his new teammates and Head Coach Eric Eaton.

According to a press release, Team IMPACT has matched 2,000 children with more than 700 colleges and universities in 48 states, reaching over 55,000 participating student athletes, since 2011. The child joins the athletic team and the student athletes join the child’s support team. Throughout the journey, the child gains strength, camaraderie and support while the student athletes experience lessons of courage, resiliency and perspective they can’t learn in a classroom.